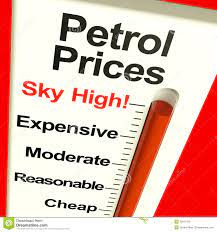 Altaf Adam
The amid increasing in prices of all basic requirements of life inculcated a haunting situation across the country. Eapecially high speed in increase oil prices hit the population dangerously in recent few weeks. Increase in oil prices became a hard challenge on the residents of the country. But particularly the poor and lower financial class sections faced most dangerously. In the country, half of population is already hit by unemployment. But rise in essential items is hardly confronting population. However, the majority of poor living members of the sociaty bought rikshaw and other small vehicles for transportation inside the major cities and earn little money to feed their family. And most of them earn less than 1,000 and the price of petroleum is nearly to 200 per litre. But unluckily, their daily earn-up can’t fullfil the oil requirment of vehicles instead feeding their family. Moreover, the petroleum prices alreading reached at a record. But the government is further raising up the prices. The federal government of the country raised petrol prices by more than Rs16 and rate of diesel over Rs13. So it is the first time that the prices of all petroleum fuels have crossed the 100Rs mark in the country. The present ex-depot prices of petrol is more than 142.79 whereas the high speed of diesel (HSD) which is most widely consumed petroleum fuel, is being sold 136.48 per litre in the country. And further prices are increasing day by day.It highly requested to PM of Pakistan and federal ministers control the highly flying prices of petroleum fuels by which the population is hardly hit.