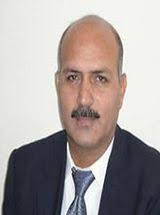 On the matter of the recent test conducted for the post of ALM for PESCO by KMU, Senator Bahramand Khan Tangi said that the test was conducted by the KMU even after the recommendations by the Committee that the test should not be conducted by the KMU and said that their apprehensions proved correct on account of the mismanagement of the KMU. The officials informed the Committee that the KMU was awarded on low rates and test centers where mismanagement took place were re-conducted. Senator Bahramand Khan Tangi said that the mismanagement that took place on 3 centers has left in question the test conducted in the rest of the 13 centers as well. On the status of previous Junior Engineers whose agreement has been expired the committee was informed that they will be re-tested under the rules.

Matter regarding the IPPs and all IPPs project under CPEC were deferred.

Earlier in the meeting the Committee members expressed resentment on the non-availability of the Federal Minister and Secretary, Power Division.