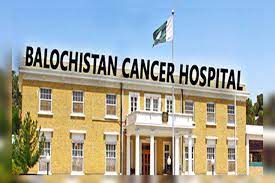 Kareem Ellahi
Pakistan well known is an indepence country .Unfortunately, pakistan is the 2nd highest country in where cancer is common . However,in pakistan mostly baloch people are victimised of cancer they are being not treated in pakistan hospitals due to poverty. A recent news from kolowa balochistan a 19 years old man whose name was Nabi Bux Baloch s/o Abdullah who victimised of cancer. His family and relatives helped him their poor enough they haf spent 40 lacks for the treatment of him. However, he admitted in khan hospital karachi but unfortunately,he passed way on 30 agust, 2021 he was not helped by any authorities .I request to government of Pakistan to provide cancer hospital in Balochistan the Baloch people should do their treatment and help Baloch people as soon as possible.