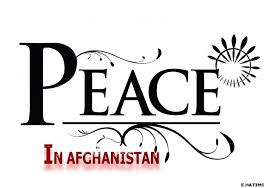 Engr Tabish Abbasi
The day Taliban took over the government in Afghanistan – Speculations were always there that what would be the next move of Taliban for relations with neighbouring countries – especially with the Islamic Republic of Pakistan . But all myths were destroyed when zabihullah Mujahid (Spokesperson for the Islamic Emirate of Afghanistan) in his press conference on September 01 , 2021 praised the role of government of Islamic Republic of Pakistan for establishing peace in the Afghanistan and hosting Afghan Refuges since decades. Secondly , While Talking at Pak-Afghan youth forum’s International conference on ” Rebuilding Afghanistan together” He clearly stated that there would be no threats to the state of Pakistan or Pakistanis from the soil of Afghanistan. He also hinted that addition of Afghanistan to the CPEC (Flagship project of BRI) would be a great idea and it’s important for them as well . India , who was major partner of USA during War against Taliban in Afghanistan ,is now feeling the heat and expecting that India have to suffer after take over of Taliban over democratic government of Afghanistan. India feels that Taliban could do Anti-india activities to support the Muslims of Occupied Kashmir as Taliban official Suhail Shaheen said clearly ” We have every right to raise voice for the Muslims all over the World – Including Kashmir ” (Hindustan Times ) . Expectations were there that Russia , China and Pakistan would show positive response to the newly built Taliban Regime – support comes in United Nations session when Pakistan’s U.N. ambassador Munir Akram told Foreign Policy that “Sanctions is a blunt tool that mostly hasn’t worked. Neither It was a solution in Iran, nor in North Korea – it’s not going to be a solution in Afghanistan too,” – Chinese diplomat while talking to United Nations security council that it’s high time world must ask the questions from USA and its allies for the crimes they did in Afghanistan on the name of war on terror – As expected , Same response was from Russia – Diplomat from Russia expressed his views that USA must held accountable for the “Brain Drain” from the Afghanistan as masses feeling unsafe there and USA left them on their own after using them against Taliban.The need of the hour is to provide Afghanistan and People of Afghanistan ” Peace” in the country for peaceful south Asia and peace around the globe . Country need help and support for the economy, livelihood, and humanitarian needs in order to help the new authority – Support required to maintain the normal operations of governing institutions, maintain public order and stability, curb currency depreciation and price increase, and embark on the path of peaceful reconstruction as soon as possible.”