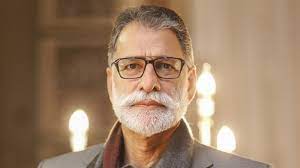 In his message on the eve of Defense Day of Pakistan being observed throughout Azad Jammu and Kashmir, besides across Pakistan on Monday he said the battle-hardened armed forces of Pakistan had time and again proved that they were fully capable of defending the country and to meet any kind of eventuality. He said 6th September reminds us of glorious history and the unmatchable spirit of sacrifices of our Armed Forces .

He said Pakistan Army is the best Army of the world and is fully capable of defending the motherland in wake of any aggressions posed to our territorial integrity.

The Prime Minister said that India has intensified the reign of terror to suppress the indigenous freedom movement launched by the people of occupied Kashmir for attaining their right to self determination but India had failed to break the will of the Kashmiri people. He said India has been targeting the civilian population of Azad Kashmir on the Line of Control and such provocations were aimed at diverting the world’s attention from the Indian atrocities on innocent Kashmir people.