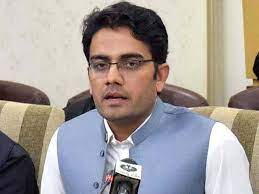 SWAT, (Raja Furqan Ahmed) :An 8-year-old girl was crushed to death in Swat on Wednesday by a vehicle of the security squad belonging to Special Assistant to Khyber-Pakhtunkhwa Chief Minister on Information, Kamran Bangash. According to the details, Bangash was on his way back from Kabal, Swat rally when the incident took place in the Pari area. The deceased child, identified as Afshah was hit by one of the vehicles present in the security protocol provided to Bangash. She was rushed to the hospital by K-P Housing Minister Amjad Ali but she succumbed to her injuries while being provided medical treatment. Meanwhile, the Police arrested the driver and a first information report (FIR) has been registered against him. “The parents and family members of the deceased child also reached the hospital and met Dr Ajmad,” said a local police official. “The driver has been handed over to the police and he is currently in custody. The convoy was going on full speed and one of the vehicles in the squad hit the child due to overspeeding. The final decision will be taken by the parents and family of the deceased child but for the time being, an FIR has been registered in the case,” said the policeman.