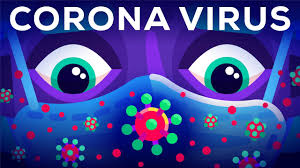 ISLAMABAD  : 39 people lost lives and 2783 persons tested positive due to corona virus during last 24 hours in the country.
According to the National Command and Operation Centre (NCOC) latest data the tally of fatalities stand at 22759. Total positive cases reported so far are 986668.
The positivity ratio stands at 5.65 percent. 49247 tests were conducted.;
No of active cases in the country has increased to 45,579 while 918,329 people have recovered from the infection in total.