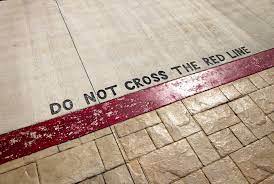 Hammad Asghar Shad
The Modi government is using every tactic to suppress the rights of minorities in India and in this regard, Muslim women are especially targeted by the Modibecause they think it’s a relatively easy target.It may be recalled that a few days ago, pictures of more than 100 Muslim women were being ‘auctioned’ by posting pictures on an app called ‘Sully Deals’.The pictures were accompanied by details of the women’s private lives and these details were taken from their Twitter account. According to observers, this was not a real auction but a way to ridicule and humiliate Muslim women. It is a matter of concern that even two months ago, on the occasion of Eid-ul-Fitr, several Muslim women were categorized as ‘online for sale’ on Twitter. In this regard, experts say that the word ‘sully’ is an insulting term used by extremist Hindus to troll Muslim women online. Samina Shafiq, a former member of India’s National Commission for Women, reacted sharply to the incident, saying that even after so many years of India’s independence; the mindset of the people has not changed. It is a great shame to post pictures of Muslim women on Twitter and ‘auction’ them. She further said that it was not just a matter of only Muslim women but of the entire females and no such move could take place without the backing of a major political figure.She rightly said if those responsible for the move do not have political protection, then why no arrests have been made so far.According to noble lady, when there was a lot of protest on Twitter over this issue, an FIR was registered and the relevant app was removed and filing a report by the Indian police is just a legal precedent.It may be recalled that when the Delhi Women’s Commission issued a notice to the Delhi Police and sought an action report from it, the Cyber Cell of the Delhi Police has registered an FIR in this regard.The Indian Women’s Commission had issued a notice to Cyber Cell saying that hundreds of Muslim women and girls’ pictures were uploaded on July 4 by an unknown group with the help of a platform called ‘Git Hub’ Deals. According to sources, no arrests have been made in the case so far. According to independent observers, the Modi government is running a ‘Save the Daughter, Teach the Daughter’ campaign, so why are they silent on this serious issue. It should be matter of concern that whole Indian government is also silent on the issue and no statement from the Minority Commission has come to light so far. On the other hand, SanjeevBalian and otherHindu extremists are making the lives of Muslims women miserable.In this situation, sociologists say that the auction of pictures of Muslim women is taking place today. Who will be the next target tomorrow,who knows? Perhaps the thinking of Indian society is also responsible in this regard. The way an anti-sectarian atmosphere has been created may also be a factor. Independent observers say the criminal mentality in Indian society is deeply rooted and a section has been assured that if they commit any crime against Muslims thendon’tworry; no action will be taken against them. It should be noted that in the past, the Indian government has taken a stand on such complaints that it does not discriminate against anyone in the name of religion or class and if someone does something illegal, hewill be prosecuted according to the law.In the past, Congress governments have consistently assured that minorities in India enjoy full freedom and rights and that any action taken against them is subject to law.It is worth mentioning that a picture of Fatima Khan, a female journalist covering the riots in Delhi, was also posted on the said app. Fatima Khan is a senior correspondent for the news website “The Print”. She asked in a tweet if any action would be taken against those who have committed this act. Muslim men are killed by mobs and Muslim women are bid online. When will this stop? A picture of a commercial pilot HinaMohsin Khan was also posted on the app. she has lodged an FIR in this regard.Note that Gut Hub has removed the app called Sly Deals from its platform after receiving complaints, but before that this app remained on Gut Hub for at least 15-20 days. In addition, nearly 200 actors, musicians and journalists from around the world have written an open letter to the owners of Facebook, Google, TikTak and Twitter asking them to make protecting women one of their top priorities. According to impartial obervers, on the one hand, fanatical Hindu ideology is flourishing in India and on the other hand, its indirect benefit is reaching ISIS, which is rapidly strengthening these circles. In such a scenario, one does not need to be an astrologer to know how its far-reaching effects can affect the entire region in general and India in particular.