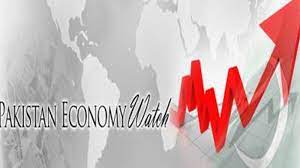 ISLAMABAD :  The Pakistan Economy Watch (PEW) on Friday lauded the continued hike in the health budget in the provinces of Punjab and Khyber Pakhtunkhwa and demanded more attention to this critical sector to provide relief to the masses.

Presently masses have to pay for sixty percent of the healthcare expenses which hit many badly as almost half of the population is living in poverty requiring more financial commitment on the part of the government, it said.

Middle-income and poor generally avoid treatment unless very necessary as hospitalization leads to poverty and bankruptcy which is not desirable for them, Dr. Murtaza Mughal, President PEW.

He said that government can improve the situation by refining the health system, paying attention to state-run hospitals, regulating private hospitals, imposing a ceiling on profits, and introducing universal health insurance, he added.

Dr. Mughal said that World Bank and WHO studies suggest that healthcare expenses are pushing one hundred million people below the poverty line every year.

6 out of 9 construction projects to accomplis within 6 years: AAA