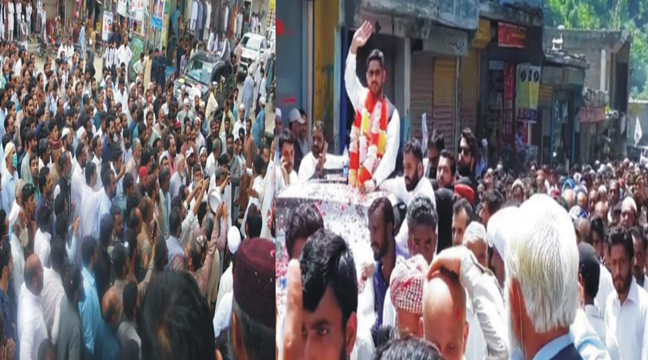 Addressing the condolence reference, Kashan Masood said that it was the duty of all to support those who were doing public service.

Assembly candidate Kamran Bashir Gorsi
thanked all the participants and said that he would remember for centuries the love shown by the people. “The death of my father was not less than a tragedy for me. I apologize to his loved ones for not being able to bring my father’s body to Khaki Circle because he was buried in Khyber City as per his will. This was a very difficult time for me. My father’s mission was to have a road to every house in Constituency 2. and a standard hospital, school and college in every union council. For this he worked day and night and took care of his health,” he said. He added that even though his father’s grief was greater than the mountain for him, he had a mission to fulfill his promises. He further said that the cooperation of the people was needed for the completion of the mission.

Who to be PM, would be decided by PM Khan: Sardar Tanveer

Who to be PM, would be decided by PM Khan: Sardar...

It’s not easy to be a girl