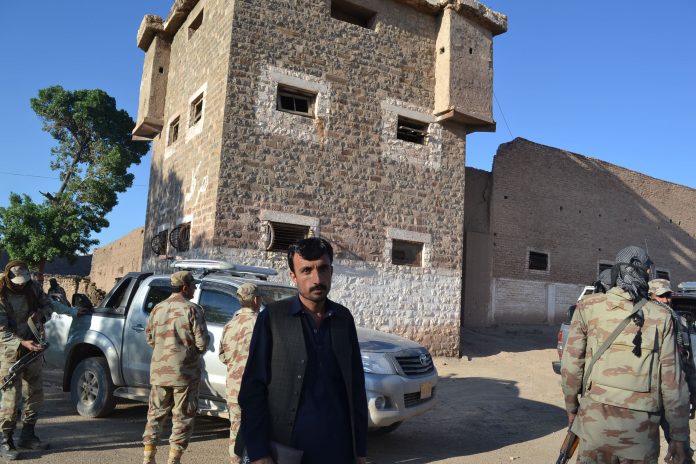 ZHOB: At least seven soldiers of the Frontier Corps have been killed and three others injured while fencing the border with neighboring Afghanistan. Inter Services Public Relations – the military’s media wing said in a statement.

‘Around 20 terrorists from across Afghanistan ambushed the paramilitary troops busy in fencing the border. Four FC soldiers embraced martyrdom instantly, while six others got injured,’ read the ISPR communiqué. The injured were moved to CMH Quetta and the death toll has now reached to seven as three more critically injured soldiers succumbed to their wounds.

According to sources, the border attack took place in Shamozai Manzaki area, 95 kilometers from Zhob city in Qamar Din Karez close to Pak-Afghan border, when the FC personnel were busy in fencing the border. No one has so far claimed responsibility for the recent attack on forces but Pakistan has long accused the Tehreek-e-Taliban Pakistan for targeting security forces and civilians as well.

Pakistan’s foreign ministry condemned the attack and said such attacks were detrimental to ongoing peace and stability efforts.

In order to prevent such attacks, Pakistan has been fencing the border with Afghanistan, known as the Durand Line since 2017 to prevent militant movement and curb smuggling and illegal border crossing.