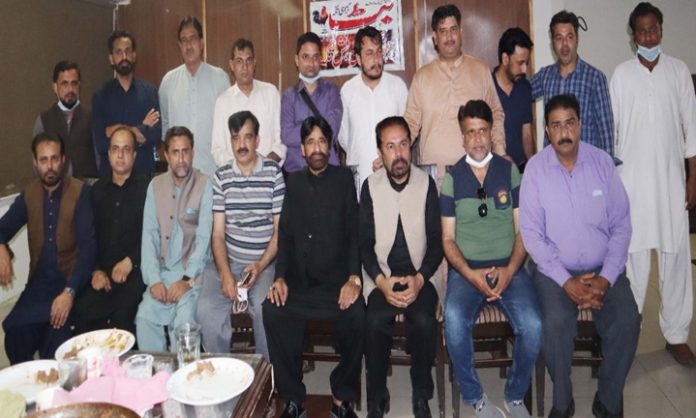 Rawalpindi,    (Parliament Times) : Former Advisor to the Prime Minister of Azad Kashmir, Senior Vice President PTI Central Region, LA-39 Jammu 6, PTI’s prospective candidate Muhammad Amin Chughtai has said that the Minister for Rehabilitation Azad Kashmir has given plots to refugees in Attock in an unregistered society. Members of the Assembly who are vying for refugee seats will be exposed in the elections. In the past, Punjab was deprived of public representation due to the rule of opposition parties. ” I have a big introduction in the Jammu and Kashmir constituency covering one and a half provinces. I know all the voters personally. I am an ideological activist of PTI and a close associate of Barrister Sultan Mahmood Chaudhry for 35 years “, he added. Muhammad Amin Chughtai said that in the past, non-immigrants and virtuous people used to represent the refugees in Jammu-6.

My participation in the election is aimed at fulfilling the requirements of the Kashmir refugee spokesperson and base camp. He alleged that Azad Kashmir Minister for Rehabilitation Manzoor Nazar was committing pre-poll racking by distributing plots to unregistered society in Jammu and Kashmir. While the society is unregistered. He further said that if the party issues a ticket expressing confidence, I will contest the election in full force, and by winning the seat, I will give a gift to the leadership. He expressed these views while addressing a crowded press conference at the Central Secretariat of the Kashmir Journalists Forum here. Meanwhile, he was accompanied by Raja Aftab Ahmed Khan, Central Secretary General, PTI Jammu Region. He said that Kashmir Journalists Forum is the home of Kashmiri community and from here I am starting my election campaign with my press conference. “I hope that Kashmiri journalists will continue to support me in the political arena as in the past”, he said.

He said that I hail from the Muradpur area of ??Occupied Kashmir. I have been active in business and politics for 40 years. I could not contest the 2016 elections due to ill health as I was undergoing treatment in a hospital in Dubai due to illness otherwise the circle would not be empty. He furthermore said that Prime Minister Imran Khan had told the United Nations that Pakistan is a peace loving country but for Kashmiris we are ready to take any kind of step. Imran Khan is the Ambassador of Kashmir. The people of Kashmir will enjoy the blessings of independence under the leadership of the present Prime Minister of Pakistan.