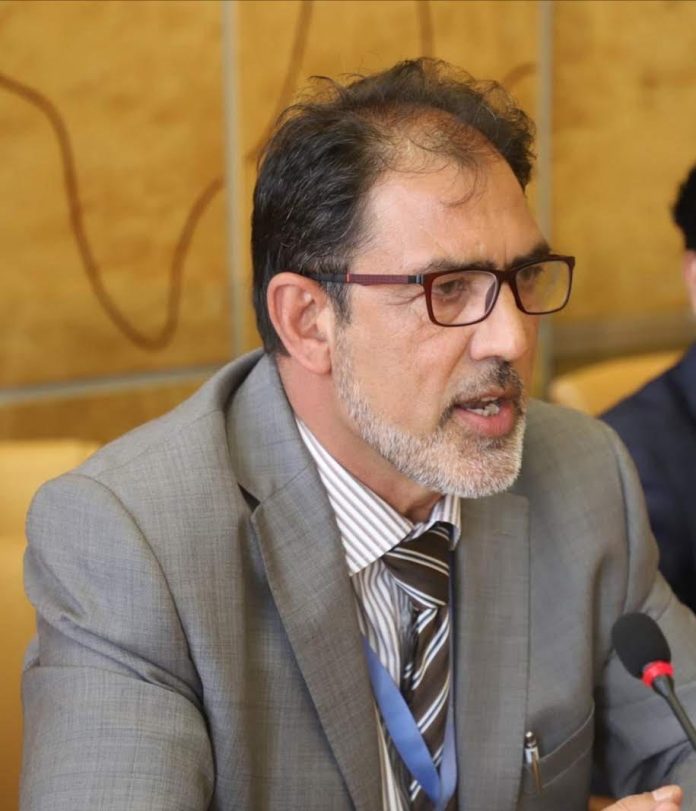 The recent ceasefire agreement between India and Pakistan took many in New Delhi and Islamabad by surprise. The joint statement released on 22 Februaryafter a special hotline call between the Directors General of Military Operations (DGMOs) of the two countries stated, “In the interest of achieving mutually beneficial and sustainable peace along the borders, the two Directors General of Military Operations agreed to address each other’s core issues and concerns which have propensity to disturb peace and lead to violence”.

This renewed pledge reaffirmed the commitment of the historic truce agreement in November 2003, initiated by Pakistan and subsequently endorsed by India. After years of living in a climate of constant fear, over a million Kashmiris living in remote areas adjacent to the Line of Control (LoC) then enjoyed a brief respite from violence. The 2003 ceasefire introduced an unprecedented acceleration of economic developmentfollowed. Unfortunately, it did not survive for long. A terror incident in Mumbai in 2008 triggered adownward spiral of violence and instability.

Relations deteriorated further after 2014 when the Bharatiya Janata Party (BJP) took power in New Delhi. Under Prime Minister Narendra Modi, the BJP adopted an aggressive policy on Kashmir and Pakistan. Aruthless military onslaught was launched in Jammu and Kashmir to stifle the Kashmiri’s legitimate struggle,along with an escalation of ceasefire violations againstPakistan to keep the LoC simmering.

Indo-Pak relations plunged further when on 27 February 2019, India recklessly carried out what it called a“surgical strike” on Pakistan. Tensions escalated dangerously but Pakistan demonstrated utmost restraint and responsibility and took every step to de-escalate tensions to avert a full-fledged war in the region.

Three months after being sworn in for the second time in May 2019, the Modi Government revoked Articles 370and 35A on 5 August to change the special status of Jammu and Kashmir. The secretly drafted controversialJammu and Kashmir Reorganization Bill was introduced and adopted by the Indian Parliament without prior consultation with the main stakeholders. The decision was taken while the entire State of Jammu and Kashmir was subjected to a total military siege and communication blockade. It was widely censured as an act of colonization.

Pakistan termed the move a blatant violation of the UNSC resolutions and downgraded diplomatic ties,expelled India’s top diplomat and suspended trade with its neighbours. Ceasefire violations by India againescalated on the LoC causing substantial casualties and destruction in the villages of Azad Kashmir.

Better sense has now prevailed and the two sides have recommitted themselves to the 2003 ceasefire agreement and agreed to “strict observance of all agreements, understandings and ceasefire along the Line of Control (LoC) and all other sectors”.

Given the mercurial relationship between the two countries predicting the sustainability of the agreementis difficult. However, the exchange of goodwill gestures by the leadership of India and Pakistan indicate that efforts are under way to put the relationship on a normal footing. One hopes that this fresh development will lead to full-fledged engagement to resolve all issues in a peaceful and dignified manner.

The United States of America, China, United Kingdom and many other countries have hailed the move as a significant step towards the normalization of bilateral ties between the two South Asian neighbours.Nonetheless, the move drew criticism and suspicion from both Indian and Pakistani cynics. Kashmiris on both sides of the LOC appreciated the move but, given the fraught history of peace agreements, wide-spread cynicism remains.

Post-Partition acrimony, confrontational approach and policy of intransigence, have taken a heavy toll on the lives of millions. Kashmiris, who have been at the receiving end for the past 73 years, have suffered terribly due to the unending Indo-Pak acrimony. It is time forIndia and Pakistan to end the hostility and move forward towards conflict resolution rather than managing the conflict.

The sustainability of any bilateral agreement between India and Pakistan hinges on peaceful settlement of the core issue of Kashmir. This can only be resolved through peaceful means of dialogue and diplomacy.

Pakistan has never shied away from talks and has always stressed the peaceful resolution of all disputes should be through a sustained and result-oriented dialogue. Conversely, India has always tried to keep ‘Kashmir’ offthe table, refusing dialogue with Pakistan. India’s mantra on “terrorism and cross LoC infiltration” to avoid a meaningful discussion on Kashmir has always sabotaged peace efforts.

In his recent communiqué addressed to Pakistan’s Prime Minister, Imran Khan, Indian Prime Minister Narendra Modi again repeated the terrorism-mantra despite Pakistan’s latest peace overtures. In his reply PM Imran Khan firmly established the centrality of the Kashmir issue and that durable peace and stability in South Asia is contingent upon resolving all outstanding issues between India and Pakistan, and in particular, Jammu and Kashmir. This was a welcome clarification.

During a recent Cabinet meeting the Pakistan Government took a well-grounded decision that there will be no trade with India until it revokes Article 370 and reinstates the semi-autonomous status of Indian Occupied Kashmir, again clearing ambiguities. Prime Minister Imran Khan’s long standing position is that Kashmir is the only issue in the way of better ties between India and Pakistan.

No unilateral concessions should be made to appease India without any gain for Pakistan and the people of Kashmir. Before entering into a formal dialogue Pakistan should: (a) take the Kashmiri leadership on both sides of the LoC into confidence; (b) make it clear to India that dialogue cannot take place without discussion on the Kashmir issue and improvement in the ground situation; (c) request the Indian Government to stop killing innocent civilians in IoK, restore all fundamental freedoms suspended since 5th August 2019, and release all detained Kashmiri political activists.