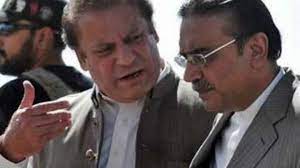 The charge sheet has been issued by PPP general secretary Punjab.

According to a private TV channel PPP general secretary Punjab Chaudhry Manzoor has said if PDM gives us notice then I will issue notice to PDM Punjab chapter president.

He inquired as to why PDM meeting has not been called before Long march. Why the preparations were not made for long march in Punjab. PPP candidate for Senate polls Raja Azim was made to wait. Who bargained with PTI at whose behest. In KP why PML-N fielded Abbas Afridi. Due to it both Abbas Afridi and Farhat Ullah Babar lost the election. Why the senate agreement made with PPP was breached.

Provision of fundamental needs to citizens is foremost priority: Shaukat

Provision of fundamental needs to citizens is foremost priority: Shaukat