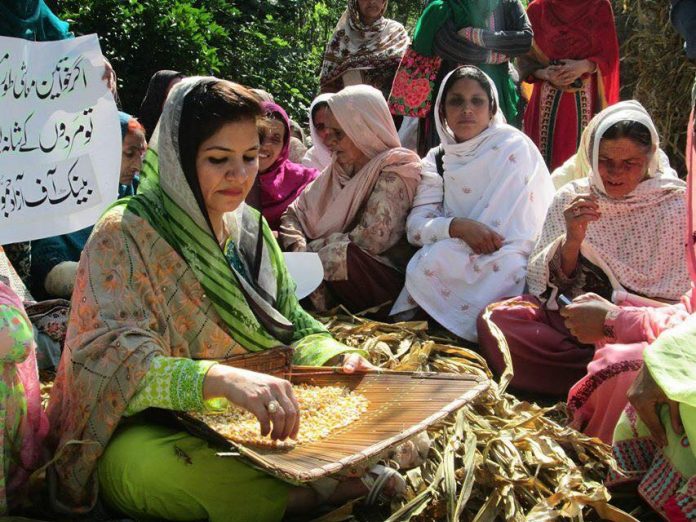 MIRPUR (AJK),    (Parliament Times) :   Like rest of the world, Universal Women Day was also observed in Azad Jammu & Kashmir on Monday with the renewed the pledge to provide and safeguard equal rights and dignified status besides to maintain high respect, honor, dignity of the women folk in all segments of society.

Special simple, brief and impressive ceremonies due to covid-19 wave, including seminars and symposiums were the hallmark of the day observed at certain places in Azad Jammu Kashmir as well side by side rest of the world. The World Women Day is observed this day of March 8 every year since the year of 1900 across the globe in the light of the charter under the manifesto of the United Nations to highlight the importance of the women’s role in the society.

The day was marked with special ceremonies held under the auspices of various Women Organizations in all ten districts of AJK with the resolve to maintain the equal rights and status of the females who have reached to about 51 per cent of the total population of the country irrespective of any discrimination of gender besides maintaining their respect, honour and dignity to ensure the maximum utilization of the talent and abilities of the women folk for the betterment and uplift of the country and the nation.

In Mirpur, a ceremony to celebrate the Universal Women’s Day was held under the auspices of Awaz Foundation Azad Jammu Kashmir, NGO, serving for the betterment and uplift of the women folk of AJK. Ex minister for women development of AJK and Supreme Head of Awaaz Foundation Mrs. Naheed Tariq was the chief host of the ceremony.

The ceremony followed by a special program highlighting the model role of eminent women including the social worker Ms. Perveen Mir, the chief guest of the ceremony, Mrs. Nasira Rashed, lady photographer Mrs. Hameeda Nayaab and late Mrs. Shehla Dar in serving the ailing humanity and uplift of the women in different sectors of life. The ceremony was attended by a large number of women representing various segments of the Society mostly belonging to the academic sector including female teachers and students of the varsity.

The celebration of the world women’s day reminds to promote and raise awareness about the equal importance and status of women folk, at par with male members, at all time in the society – since the importance of the role of lady members in any of the society could not be set aside and the equal rights, dignified status, respect and honor of women was imperative in all respect, speakers observed.

All the three radio stations of Mirpur, Muzaffarabad and Tararkheil broadcast special programmes on the World Women’s Day highlighting the importance of the role and rights of women in the society side by side male members of the society. Ends

Where talks to convert AJK into Paris and Switzerland gone? Sardar Tanveer

Daily Parliament Times - April 19, 2021 0
Nadeem Tanoli; ISLAMABAD,(Parliament Times): The Establishment Division has challenged the order of Pakistan Information Commission regarding the details of the bureaucrats who are not submitting their...

Where talks to convert AJK into Paris and Switzerland gone? Sardar...

PML-N in AJK springs up as boxcar party: PM AJK