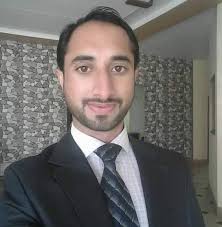 Power corrupts, and absolute power corrupts absolutely. Lord Acton. This quote befits our political system especially to the enigma of Local Government Elections after holding Federal and Provincial Chairs. Sindh Local Govt. term expired in August 2020, KP in August 2019, Balochistan in January 2019 and Punjab in May 2019, yet there is sign of Local Govt. Elections. Punjab’s enthusiasm is limited to lip service. This is not a good omen for democracy. If General Elections are held regularly then what is the problem with Local Govt. Elections? It will be just to call it “a political UFO.” Karachi floods, Punjab garbage, Bochistan insurgency, terror rising in KP, Local Govt. funds manipulation in AJK, price hike and crime waves are the signs of pre-disasters for disregarding Local Govt. Elections. Local Govt. Elections are the back burners of democracy but Provincial governments have consumed the bulk of local governments’ budget. Local bodies work like emergency wards in the country. These elections are back bone in post-disaster relief, early recovery services and reconstruction. The government is camouflaging its reluctance under Covid-19. Realistically speaking, the political Covid is lurking behind Local Govt. Elections. Local government elections are vital for healthy democracy. It enables ordinary citizens to become responsible for the financial and administrative affairs of their areas. By providing opportunities of holding positions and taking responsibilities, the people feel themselves the integral part of the system. It boosts up their stake in the system. These elections are arteries of backward and under-developed areas. Local Govt. Elections enable us to stop exodus from the village to the cities that come to resolve their minor issues which can be catered in their municipalities. The past development history is the manifest proof of the vitality of these elections. Ironically, the local polls in our country strengthen bureaucratic stronghold and red-tapism instead of empowering the local representatives. The major political stalwarts have been engaged in dragging their feet on holding local government polls despite a clear-cut ruling of the Court. The politicians must realize the fact that the local government elections irrigate the political seed and endorse political culture. In time local government elections affirm people’s faith in democratic institutions. Regrettably, the local government system has never been a regular and permanent priority trait of our political system. Instead it is dealt with on an ad hoc basis and for vested interests. Pakistan, GB and AJK are presently functioning without local bodies which speak volumes of the misplaced precedence in the country. Local governments are political nurseries for nurturing political culture. Local governments always prove    cost-effective in managing water supply, sanitation, garbage collection, sewerage, road maintenance and street lights etc. In absence of local government, provincial governments are compelled to cater these issues. They are not designed for this purpose as a result they get over burdened and create mess instead of clearing the muddle. Local bodies are muscles of provincial governments, instead of strengthening, we deform them. The local governments are close to the people, better informed, fully aware of the priorities and conditions of the residents. They function like bridges for the provincial government. people tend to be more aware of the actions of the local governments than the higher levels. Inefficiency and incapability of politicians in fulfilling their pre-election hollow promises is also a reason for not holding local body’s elections. They are afraid of public accountability. Local government elections promote political competition and it is a public tool for controlling and holding their governments answerable. Local government elections are also a signal of people’s preferences. They ensure people’s participation in decision making. Local body’s elections are a sure way to get rid of hereditary, capitalistic and feudalistic politics. Democracy of the few, by the few and for the few is no more welcomed. Local government elections work like political schools in national political grooming. The govt. of AJK has unconstitutionally hijacked the local govt. Act 1990 via amendment Act 1995 by snatching the power of local Council, District Council and Municipal Corporation which has been given the legislature and guaranteed by the constitution without lawful authority against the command and scheme of the constitution. The AJK govt. has amended the law and constituted a Local Government Development Council incorporated section 24-A in the Act comprising the PM, Members of the District Council, Chairman District Council and others. But unfortunately in 1996 through a notification a coordination council was constituted and the function of the Development Council has been given to the Coordination Council consisting of the PM, (Continue) The Minister Local Govt. and the Chairman. But no Chairman under law has existed in AJK since 1995. These acts on behalf of the government. are contrary to the constitutional rights of the citizens. When law makers become law breakers, there is no caretaker. Local Govt. Act 1995 and 1996 notification have violated the constitutional provisions and territorial jurisdictions of AJK Govt. by extending the funds to the refugee MLA’s and for the refugee residing in the Federation of Pakistan where the AJK Govt. could not exercise its executive authority under constitution. Moreover, the refugees settled in Pakistan are enjoying the full rights over there. They are not living in camps anywhere in Pakistan. The refugees settled in Pakistan are not tax payers in AJK. The AJK Govt. has constituted an illegal Coordination Council and is spending the funds without any executive authority or any other mechanism in the Federation of Pakistan. The AJK govt. is unjustifiably and unconstitutionally spending the taxes on non taxpayers since 2006. The Govt. of AJK has been violating the laws and rules by appointing Administrators of the District Council, Municipal Corporation and Town Committee contrary to holding elections. 13th  amendment and Oct6, 2020 notification is contradictory to each other. The Coordination Council is utilizing the development projects for their political purposes especially for their election campaigns. The Govt. machinery is acting against the constitution by not holding Local Govt. Elections.

(-The Writer is Prof. in English and Freelance Columnist, based in Lahore, Pakistan )