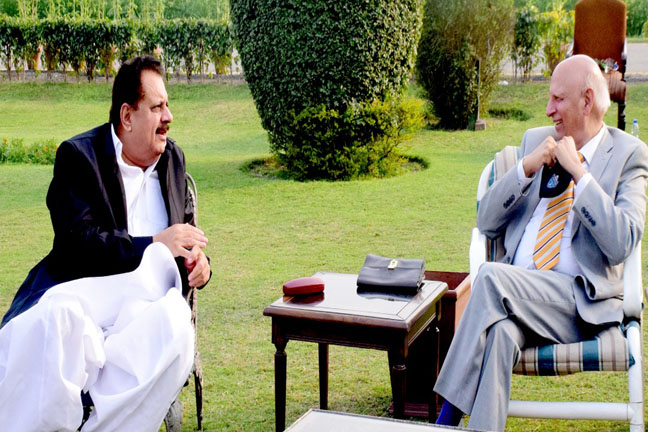 According to details, Secretary-General of PML-Q and Federal Minister Tariq Bashir Cheema called on Governor Punjab Chaudhry Muhammad Sarwar at Governor’s House Lahore and discussed various administrative and political matters. Both leaders reiterated their determination to defeat the opposition in the Senate elections.

During the meeting, Governor Punjab Chaudhry Muhammad Sarwar said that the government led by Prime Minister Imran Khan is moving forward with its allies, and the government is also fully supporting the candidates of the allies in the Senate elections. He said that people will decide by the power of vote in next general elections which party will be in the power and which party will be in opposition. He maintained that the candidates of the government and its allies will win the Senate elections and will continue to work together for the development of the country.

Parliament Times - April 17, 2021 0
By Rafiullah Mandokhail   ZHOB: Food and Agriculture Organization of the United Nation in collaboration with the Ministry of Climate Change and Forest and Wildlife Department...

COVID-19 at sharp rise in IIOJK;