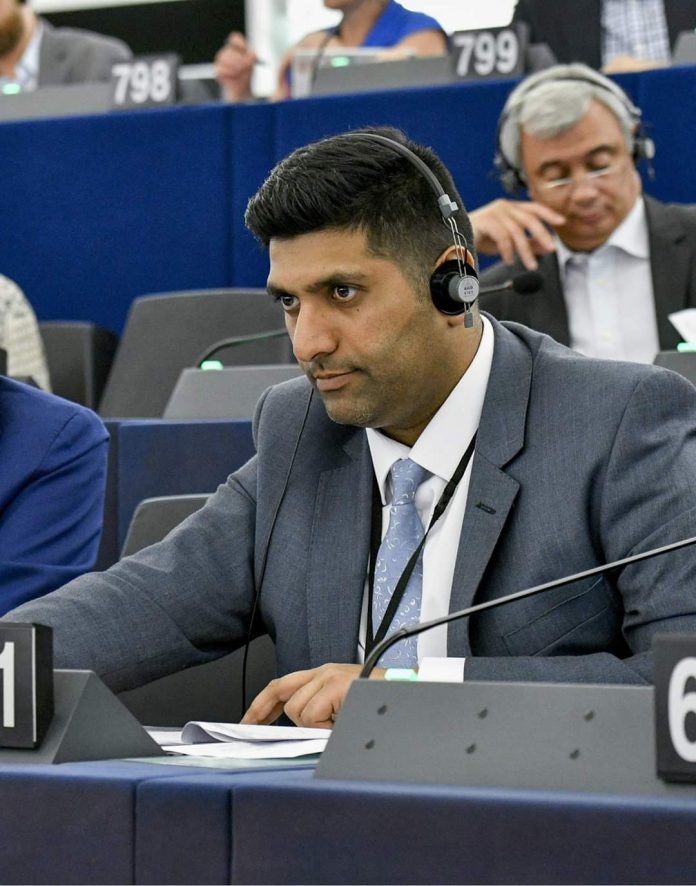 ISLAMABAD,   (Parliament Times) : Special Assistant to Chief Minister Punjab and PTI leader Sardar Tanveer Ilyas Khan and recently nominated member of the House of Lords by Queen Elizabeth, Lord Wajid on 5 February at international forums on the occasion of Kashmir Solidarity Day and planned to raise voice against the Indian government and in favor of Kashmiris for which decision has been taken that the struggle of Kashmiris would work together to bring independence to a logical conclusion according to the aspirations of Kashmiris.

Sardar Tanveer Ilyas Khan and Lord Wajid, a member of the House of Lords, told reporters that the two leaders agreed that India had an aggressive deed of occupied Kashmir, against which the struggle should be intensified in international forums and the Indian government in effective world forums should be exposed. Both leaders also believed that members of the British Parliament have always openly supported Kashmiris. Sardar Tanvir Ilyas Khan suggested to Lord Wajid to raise his voice in the British Parliament on the occasion of Kashmir Solidarity Day on 5th February and try to expose the face of Indian government by lobbying that British government should give its weight to Kashmiris against Indian government’s oppression and to use it in the right and force the UN to hold a referendum to give Kashmiris a chance to decide their own future. The two leaders also expressed satisfaction that Pakistan stood shoulder to shoulder with the Kashmir brothers and supported their struggle for independence. Kashmiris also have the position that they are Pakistanis and want to join Pakistan after gaining independence from India.

He said that he would fight with the Kashmiris by exposing the conspiracy of the Indian government to change the proportion of population in occupied Kashmir at every forum and the oppression that India has inflicted on human rights. “Yes, we will stop it”, he added.