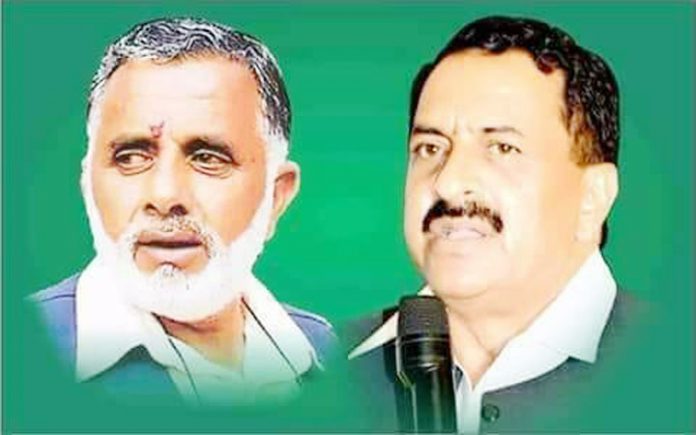 Certainly, a great politician is one who keeps feelings and sensations for the common people and their issues, and can feel the pain of their sorrow and grief.
It is necessary for a politician to have pain in his heart for the common people.It is necessary for the heart to be soft and alive in order to build humanity. Who taught all the above characteristics of humanity and practically? The one and only Ch. Talib Hussain. Late Ch. Talib Hussain was the pioneer personality of Azad Jammu and Kashmir and beloved brother of AJK Government Minister Ch. Muhammad Aziz; highly committed political figure in the state.
Chaudhry Talib Hussain; a popular leader, a leader of a mob, who gained popularity for being a mentor, social activist, prominent politician and social activist, remained an influential and powerful politician because of his untired services for the common people of Azad Jammu and Kashmir. Ch. Talib Hussain was a humble, polite and sympathetic person who always worked for humanity. He dedicated his life for the masses and his political role was remarkable. He always Kept his conscience alive and thought of good as good and evil as evil. He knew well that love for human beings and helping people in need is viewed with admiration in every religion and denomination, but Islam has declared the service of humanity to be the best morality and the greatest form of worship. He had the spirit of service to the people. That is the reason he was recognized as legendary of public constituencies.
Basically, such factors determine the impressive accomplishments of a politician which Ch. Talib Hussain proved to be true. Today, the whole Azad Kashmir is crying over his sad demise and it has been 8 year of his death anniversary. No one could have forgotten about his enthusiasm and passion for serving the communities through politics. So is the fact “Our dead are never dead to us, until we have forgotten them”.