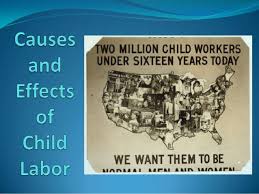 Muneezah Jokhio
Education is very important for every single person no matter boy or girl. It is a backbone of any nation. If you want to destroy a nation, you should effect it’s education. Education is a basic right of every individual either poor or rich. Children are the future of nation, but unluckily worldwide 218 million children between 05-17 years are working to for two-times bread. Among them, 152 million are victims of child labour; almost half of them 73 million work in hazardous child labour. In absolute terms, almost half of child labour (72.1 million) is to be found in Africa; 62.1 million in the Asia and the Pacific; 10.7 million in the Americas; 1.2 million in the Arab States and 5.5 million in Europe and Central Asia. Children are the beautiful and most important part of any nation because they are the future of a nation. If they work in a small age in small-scale industries like Bricks Making Industry, selling fruits, polishing shoes, looms and work as loader in industry then in such way we are killing our future, and thus, our nation will never get success and if they get education in young-age then they will be officer in future and our nation will get success. Despite child labour being illegal, children are still working at tire factories. Their shoulder should be carrying school bags at this age, but instead they carry the burden of supporting their families. Child labour is mentally, physically, socially and morally dangerous for children and interfere in their education. It destroy childhood of child labours. Here are some causes of child labour: There are many causes of child labour, but mostly, the poverty like knives and different machines, etc. They can easily hurt from them because of lack of information. Further they have to carry heavy load which can also effect their health. The most important solution to stop child labour is “increased access to education”Removing children from child labour does not mean that they will automatically attend school. Schooling can be expensive, or of very poor quality, and so some parents think sending their children to work is the obvious alternative. Both large and smaller businesses can make their contribution by raising awareness about the importance of education in their workplaces, communities, industries or sectors. is a main cause of child labour because children have to work to earn money which help in keeping life and the life of their family members. Children, who are living in village they didn’t have educational facilities so they are compelled to work. Work market is demanding more children to work because they take low salaries it is also cause of child labour. Effect of child labour: It is very dangerous for children’s health. They have to use harmful tools.