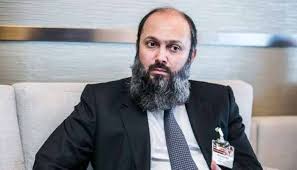 Parliament Times - May 12, 2021 0
ISLAMABAD:    Chairman Kashmir Committee Shehryar Khan Afridi has said Israeli bombardment on unarmed Palestinians is an attack on humanity. In a tweet on Wednesday,...

104 fatalities reported due to corona virus during last 24 hours...

Registration of 30-39 age group for COVID-19 vaccination to start from...