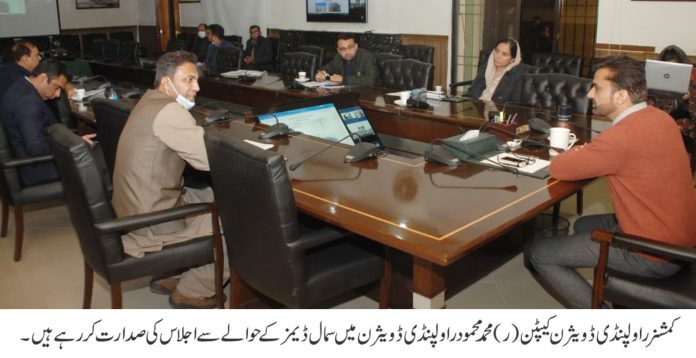 RAWALPINDI,  (Parliament Times)  : Commissioner Rawalpindi Capt (retd) Muhammad Mehmood has directed Exen Small Dams Rawalpindi to survey the small dams in the entire division and compile a report as to which small dams are used for both agriculture and water supply purposes. He said that small dams are not only built for water supply but also to meet the water needs of the adjoining agricultural lands.

He said this while presiding over a meeting on Small Dams at the Commissioner’s Office. The meeting was attended by Director Planning and Finance Nazia Parveen Sundhan, Exen Small Dams Ghulam Rasool and other concerned officials.

Commissioner Rawalpindi Captain (Retd) Muhammad Mehmood said that agricultural use of small dams being planned or being started in Rawalpindi division should be ensured and the surrounding land should be limited for agricultural purposes and the planning for this purpose should be made. He said that work on Dadhocha Dam should be started soon and obstacles in this regard should be removed on priority basis. He said that the process of payment of compensation for the victims of Mahota Dam should be expedited and work should be done on priority basis in this regard.

On this occasion, Commissioner Rawalpindi was given a detailed briefing on all small dams.