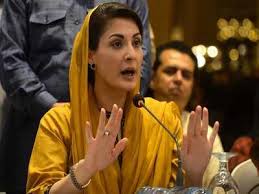 LAHORE:   Pakistan Muslim League-Nawaz (PML-N) Vice President Maryam Nawaz on Monday has said that Pakistan Democratic Movement (PDM) is a peaceful association of opposition parties which only demands sanctity of vote.
The PML-N leader in a series of posts on Twitter said that PDM is standing for restoration of rights and reduction in inflation but the selected government is agreed on war against nation to hide its incompetence.
We will arrive at Multan’s Qilla Kohna Qasim Bagh by crossing all the barriers, she claimed.
Maryam Nawaz further wrote that the local administration tortured innocent workers of PDM. We will now not only condemn this fascist act but also resist it, she added.
The PML-N vice president said the selected leaders know that the nation is fed up from this government due to which, it is creating hurdles to stop the people from reaching the venue.

Parliament Times - January 19, 2021 0
Mujahid Mehr As we know that teachers are the need for getting quality education but unfortunately, the new generation of Awaran is being destroyed because...

Without a leader, morale collapses