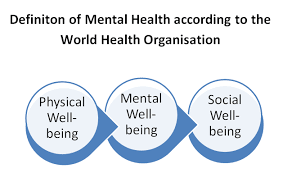 Muzzamila Ansil;
Spirituality actually becomes salient in times of emotional stress, physical and mental illness, mislaying, grief and approach of death. Spirituality point up the healing of person, not the disease. Spirituality is the quality that involves deep feelings and beliefs of religious nature rather than the physical parts of life. Spirituality is actually the state of having a connection to God or the spirit world: An example of spirituality is praying every day. Religion and spirituality are both embedded in trying to recognize the meaning of life while Religion and spirituality are similar in base, they are different in implementation. Religion is systemized, circle based system of beliefs, while spirituality remains with the individual and what they personally believe. Religion and spirituality are both connected in a square. Both Religion and spirituality have a practical effect on Mental health .In many ways both gives the same effects. For example : Both religion and spirituality can assist a person to authorize stress by bringing peace, hope and forgiveness. But the indulgence generally vary bad the two due to their different Nature. Mental Health Benefits of Religion and spirituality Religion provides people things to believe in, and it connects the group of people having similar beliefs. These aspects have large effect on mental health. As Religiosity Reduces Secede rates, alcoholism and drug use. Religion and Spirituality have many health benefits Religion generate social connection with other members Religion helps people to face with difficult life situations i.e  (loss of loved one) Religion teaches compassion, forgiveness, Truth, brotherhood and gratitude Religion provides guidelines about the Right path provided by God. If we will follow the right path given by our Religion Islam we will never face metal health issues . Religion guides us to face the difficulties with patience. Being a Muslim it is our belief that Quran therapy could overcome mental disorders. Quran had significant influence in healing mental and physiological disorder. Surah -Al-Rehman can help to manage depression. Abdullah Ibn Mas’ud reported that prophet(S.AW) said: Every thing has an adornment, and the adornment of Quran is Surah Rehman. Surah Al-Rehman is the most rhythmic surah of Quran that reduces depression, anxiety, mental disorders, heart diseases and many chronic diseases. We can find Shiva for All our problems from Quran and Sunnah. Spirituality also incorporates healthy practice for Mind and body which positively influences mental health and emotional well being. Offering five time prayers daily can reduce the risks of mantel disorders and improves our health . As Ablution removes our sins and diseases. If we offer 5 times prayer daily we will remain healthy and physically fit, emotionally and mentally strong. People who are facing problems regarding mental health are mostly young generation. The main reason is that are their Iman and faith in Allah is not so strong. A Muslim who has strong belief upon Religion Islam and its beliefs on Allah ,prophet (S.A.W),Quran are strong will never face the problems like depression, Anxiety and mental illness. If a Muslim faces these problems he or she will fight with these problems with strong beliefs. Spiritual health may not cure an illness, but may help to fell better. These mental health benefits are not restricted to their special categories.. Separately isn’t prohibitive to Religion just like spirituality can include a sense of community in some occasions. The benefit is that if displayed in a encouraging way, Religion and spirituality can help people to improve their mental health and promote recovery.