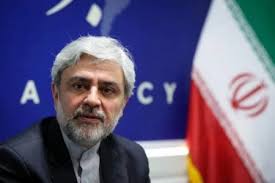 ISLAMABAD;  Iranian ambassador in Pakistan Syed Muhammad Ali Hussaini has reiterated the resolve that his country is ready to cater to the needs of Pakistan in energy sector and expansion in bilateral ties among Islamabad and Tehran is top priority of Iran.

He said this in TV interview here Thursday.

Commenting on future of relations between Washington and Tehran during US president Biden tenure he said “we review with all seriousness the policy and performance of every incumbent US government about Iran.

He went on to say if new US government pursues positive stance about Iran then it will provide proper atmosphere for cooperation.

Terming the peace and security in Afghanistan highly significant for Iran and Pakistan Hussaini said being neighbours of Afghanistan we are at the most receiving end in the perspective of war, therefore, we want peace in Afghanistan.

Commenting on close relations with Pakistan in all sectors he said the level of trade relations between Islamabad and Tehran is not satisfactory. “We want our bilateral ties in trade and economic sectors are further bolstered.

He pointed out that bilateral trade volume between Pakistan and Iran is 1-5 billion dollars which is not desirable and we will have to raise it to 5 billion dollars in view of capabilities of both the countries.

Citing to the situation in perspective of projects of the two countries in energy sector he said Iran and Pakistan signed Gas Pipeline project in 2009.

He indicated that Iran was exporting more than 100 megawatt electricity to Pakistan at present. We intend to increase it to 500 megawatt.

Underlining the need for promoting bilateral ties between Iran and Pakistan he said he stressed on boosting cooperation in tourism sectors particularly religious tourism saying the relations in tourism sector will be restored after corona virus epidemic is contained.

He underscored that People of Iran pay tribute to great philosopher and poet Allama Iqbal Lahori.

Importance of B.Ed and M.Ed