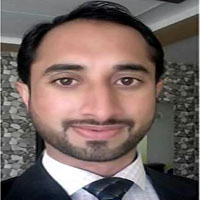 The three regional giants, Pak-China and Iran with the three regional zones, South Asia, East Asia and the Middle East have a pivotal role to play for trilateral cooperation. Iran, with its strategic and security sway in the Middle East duo with copious natural resources and ancient historic and cultural ties with Central Asian States makes it a superb regional power. China’s economic boost, its Veto Power, global influence and connectivity inventiveness makes it the next world power. Pakistan the first Islamic Nuclear Power, with its extensive experience of tackling uneven situations, emerging regional hub both in terms of economics and defense, its intimate history of relations and its geopolitical regional vitality makes it center for trio cooperation. The trio is geographically, geopolitically eco-strategically located amongst three extremely paramount global regions. Their cultural assortment, natural reserves, aqua routes, geography and conflicts affect global affairs worldwide. The overlapping strategic and security issues of Pak-China-Iran can easily be settled down through their trilateral cooperation. Afghan issue is the utmost one for all regional and international stakeholders. A peaceful and stable Afghanistan is in the best interest of both regional states and intruders. Pakistan has suffered a lot due to the turbulent Afghan affair. Chinese and Iranian security and economic concerns are also tied up in Afghanistan. Pakistan and Iran had earlier not been on the same map for Afghan solution as Pakistan was pro-Taliban and Iran was pro-Northern Alliance. Iran and Pakistan have not seen each other. China has high stakes in Afghanistan as it aspires to connect it to its grand initiative of Belt and Road (BRI). China is desirous of peace and stability in Afghanistan as it is looking for its smooth access to Central Asian States. For China, Afghanistan’s instability and turmoil may spill over Xinjiang from South to Central Asia. Hence the trio has to play their significant role for stable and peaceful Afghanistan oblivious of the past strategies. The US presence in Afghanistan is not in the interest of three of them, and China and Iran have always been opposing external intruders in Afghanistan. The US stay in Afghanistan and ties with India have disturbed the peace and balance of Power in Asian. So, Pak-China and Iran are bound to get ahead on trilateral cooperation for their mutual interests. Pakistan has played its pivotal role for the US-Taliban peace agreement. Pak-Russian military exercises have paved the way for Russian involvement in regional cooperation as Trump’s South Asian policy has flocked the regional countries together. India is trying its utmost to instigate terrorist activities in Afghanistan for the US prolonged stay in the region for her own vested defensive interests. Trump’s Indian inclination and announcement of Indian enhanced role in Afghanistan has cautioned Pakistan, China and Iran about future regional strategy. The second problem is Indian factor which always has hegemonic designs. The Indian imperialistic dreams have pushed it in several regional disputes and intense relations with its neighboring states. The historic and long Indian rivalry with Pak-China is actually the tussle for regional supremacy. India-China disputes are being poked by external factors and same is the case with Pak-India Kashmir issue. The US wants to get more than expected advantage out of the possible war between the two rivals Pak-India or China-India. In both terms the US will be able to weaken China 2005 and some latest advancement are the clear indications for China-Iran-Pakistan to move forward collectively to avert the scenario. The US is tapping India against Pak and China by equipping it with the latest defense technology. The US-Indian ties are threatening CPEC, therefore the trio-cooperation has become a need of the hour. Although Indian-Iran ties are not as much tense compared to Pakistan and China, yet the US might use India and Israel against Iran for her interests. Many of Iran-Indian agreements are still nothing more than paperwork, however, the US compelled India to drop out of the Iran-Pakistan-India (IPI) gas pipeline project. Pak-China-Iran easily comprehends that the US South Asian policy has always been favoring India which is threatening their interests and regional balance of power as well as regional peace and security. It is essential for Pak-China-Iran to align themselves with one another to stop the US yolk of influence favoring India and the Indian dreams of sole regional supremacy. The rest of the Asian states are neither economically stalwart nor from a defense point of view. They can easily be munched by the US-Indian pressure of supporting them. Pakistan-China-Iran trio is the sole resistance to the US involvement in South Asia for energizing Indian as one state show. India has always been bullying the smaller South Asian states which are now aligning with China on Indian expense. In view of the US-Iran tense relations, Indian will prefer the US instead of Iran, so it is time for Iran to realign itself with Pak and China.

(-The Writer is Prof. in English and Freelance Columnist, based in Lahore.)

In name of concession

Parliament Times - May 18, 2021 0
BAHAWALPUR:  Minister of State for Climate Change Zartaj Gul has said that the campuses of Islamia University Bahawalpur are lush green and present the...

COMSATS ready to cross over 500 universities to top: Shibli

Seminar held on plight of Palestine and Kashmir

President Alvi calls forth to advance arts education in Pakistan