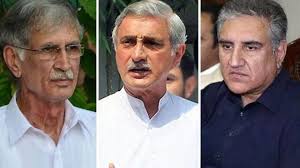 Pervez Khattak, Aleem Khan and Raja Khurram Nawaz have already filed the acquittal pleas in the court in this case.

The interesting situation arose when two lawyers filed two separate petitions on behalf of Aleem Khan in the court.

The ATC judge remarked the lawyers should settle the matter otherwise Alim Khan should come in the court and tell who is his counsel.

The hearing of FIR in connection with killings of Pakistan Awami Tehreek workers was also held. The accused did not appear, therefore, indictment was not made.

The court adjourned the hearing of the case till December 02.

NCDs cause 80pc deaths: WHO

“Lack of hospitals in Kolowa”

Parliament Times - February 25, 2021 0
Nadil Rahim bux It is well- known that kolowa is one of a poor or big villages which is 50 kilometers away from Awaran district....