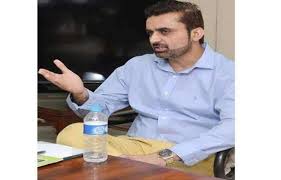 RAWALPINDI,  (Parliament Times) : Commissioner Rawalpindi Capt (retd) Muhammad Mahmood has said that due to Rawalpindi Ring Road project, small factories located in densely populated areas of Rawalpindi will also be shifted to economic zones which will reduce traffic congestion in the city. It will also help promote small industries on modern lines and improve the business environment. He directed the Rawalpindi Development Authority (RDA) to survey the small scale industries and factories in Rawalpindi, estimate their size and consult the owners regarding their relocation to the economic zones of Ring Road.

Commissioner Rawalpindi Captain (Retd) Muhammad Mahmood said that the Rawalpindi Ring Road project is not just a road construction but it will have far reaching positive effects on the civic life of Rawalpindi and will solve innumerable civic problems. He said that Nespak has also supported the proposal for an interchange on Nakrali Road between Chak Bailey and Adiala Road Interchange and declared it technically feasible which would benefit the local population. The Commissioner Rawalpindi said that the position of Rawalpindi is very important in terms of trade as the delivery of commercial goods to Gilgit-Baltistan, Azad Kashmir, Khyber Pakhtunkhwa and Punjab is done through Rawalpindi. He said after the completion of CPAC project, Rawalpindi’s role as a trade centre will increase further. He said that due to this important trade position of Rawalpindi, logistics hubs would be set up on Rawalpindi Ring Road with large warehouses.

The meeting was given a detailed briefing on the Ring Road project and various technical issues were also discussed.