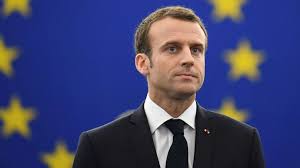 Kabul: (Raja Furqan Ahmed) Afghan Taliban have condemned comments of French President Emmanuel Macron regarding blasphemous caricatures, terming them irresponsible. In a statement issued by Taliban spokesperson, the Afghan Taliban said: “ The French President (Macron) recently made irresponsible remarks against Islam and alleged that Islam was facing a crisis internationally and is in need of reform, placed restrictions on Muslims in France and other such measures.” The Taliban considered it as a stand against nations.
They further added: “It would be better if he carefully studied Islam instead of making ignorant Islamophobic remarks, to stop making irresponsible comments based on deficient information of hostile actors and to stop assuming a stand that threatens international peace and inflames enmity and animosity among nations.”
“This is the umpteenth time that the supposed caricatures of the Great Prophet of Islam, Muhammad (peace and blessing be upon him), have been displayed in France and numerous evil circles in the country have promoted a misleading image of Muslims,” the statement concluded.
In recent weeks, French President Macron attacked Islam and the Muslim community, accusing Muslims of “separatism” and he said previously that “Islam is a religion in crisis all over the world.”