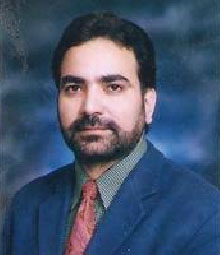 As an occupying power, India is the aggressor as defined by international law therefore Kashmir is an international armed conflict with relevance to customary and treaty-based law including the Fourth Geneva Convention of 1949. India is an occupying power therefore international law seeks to limit the effects of the armed conflict for humanitarian reasons. The rule of law (RULAC) classifies IoJK as an international armed conflict. Therefore, occupying power cannot extend sovereignty over the occupied territory. Having lost both credibility and legitimacy in the eyes of the governed population, having forsaken all constitutionality and democratic rule principles, India resorts to administration through the barrel of a gun to control. India may retain the de facto control but never the de jure because every and any occupying power exercises the same option namely forcible subjugation through military occupation rule. Although ultimately resilience triumphs unfortunately it does but at heavy human cost.

The need of the hour is to rebuild our case on legal grounds aside from other options. However, on the political front, Kashmir’s case used to be said to be  a war of nerves between Pandith Nehru and Sheikh Abdullah, both Kashmiri Pandith’s in DNA. Nehru maintained de facto control and Abdullah lost. It is why, his successor Farooq Abdullah has nothing to convey to the younger generation especially after 73 years. Conversely, Sardar Ibrahim’s vision was clear when compared to Abdullah’s. Ibrahim did strive for effective control. Consequently, the people of IoJK have to maintain the consistency of the struggle and strive for it, legally justified struggle, following in the footprints of Sardar Ibrahim.

(-The writer is a hails from Indian occupied Kashmir. Asst. Prof and Director of the Institute of Multi-track Dialogue, Development, and Diplomacy, Islamabad.)