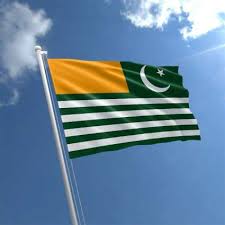 MIRPUR (AJK), (Parliament Times) : Brisk preparations are afoot to celebrate the 73RD founding day of Azad government of the State of Jammu & Kashmir on October 24 in a befitting manner with the renewal of pledge to continue Kashmir freedom struggle till it reaches to its logical end – besides to lend all of due contributions for the progress and prosperity of the liberated territory, official sources said.

This year too, the anniversary of the emergence of the AJK government is being observed when India, through her shameful, forced, sinister unlawful act of August 5, last year, scrapped the special status of the internationally-acknowledged disputed Himalayan state of Jammu & Kashmir through abrogating article 370 and 35-A of her own constitution by blatantly defying the United Nations Resolutions on Kashmir which determine the grant of right of self determination to the people of the disputed Jammu & Kashmir state through a free and fair plebiscite granting Kashmiris the above right to decide about their destiny.

Unveiling the programs scheduled for simple celebrations to observe the day in Azad Jammu Kashmir, Vice Chairman National Events Organizing Committee – ADC [G] Mirpur Ch. Haq Nawaz told our special AJK Correspondent Altaf Hamid Rao here on Wednesday that special ceremonies will be held in all ten districts of Azad Jammu Kashmir to celebrate the day with simplicity. Speakers will highlight the historic significance of the founding day. Besides ‘Fateh’ will be offered for the Kashmiri martyrs besides offering special prayers for the early success of the Jammu & Kashmir freedom movement.

Since the Kashmiris struggle for freedom in occupied Jammu and Kashmir has reached at climax amidst the pro freedom and anti india street agitation across the bleeding locked down occupied Jammu Kashmir state (for past one year and over two months and the reign of state terrorism unleashed by the Indian occupational forces for the last 73 years, the government in the liberated territory (AJK) is actively engaged in chalking out special programs to observe the foundation anniversary.

AJK government’s founding day anniversary will be observed with prime focus to elaborate the due role of this base camp of the Kashmir freedom movement for raising the Kashmiris indigenous struggle for freedom at international level besides to reiterated complete solidarity with the people of the occupied Jammu Kashmir in their just and principled struggle for liberation of the motherland from Indian clutches.

The day will dawn with special prayers for the early success of Kashmir freedom movement, as well as for the stability and prosperity of Pakistan, the ultimate destination of the people of Jammu and Kashmir, who (Kashmiris) had attached their destiny with it, the day they raised their voice against the India-backed dogra regime over seven decades ago. It will be followed by rallies in various parts of AJK being organized by public and private organizations to commemorate the day.

In Mirpur special ceremonies to observe the Foundation Day of AJK government will be commemorated under the auspices of various social, political and public representative organizations under the fold of the National Events Organizing Committee on October 24 across AJK.

The ceremonies will be hosted in most impressive manner to mark the founding day of the AJK government, established on October 24, 1947. Besides social and political workers and government employees besides people from all sections of the society will attend.

According to the organizers, special meetings including seminars and symposia will the hallmark of the founding day of AJK being observed throughout the liberated territory with total deep sympathies of their brethren on the other side of the line of control renewing the pledge to achieve the right of self determination at all costs. Through these ceremonies, Kashmiris will once again tell the world that they will continue their ongoing struggle for freedom till such time that the atrocities being committed against the innocent Kashmiris in the locked down occupied Jammu Kashmir valley by the Indian occupational forces are brought to a permanent end.

“They will reiterate that the true spirit of the establishment of Azad government of the State of Jammu & Kashmir with the renewal of the pledge to make the area prosperous but also get their brethren in Indian Illegally occupied Jammu and Kashmir freedom from the Indian tyrannical rule”, organizers said while unveiling the scheduled elaborated programs. Ends