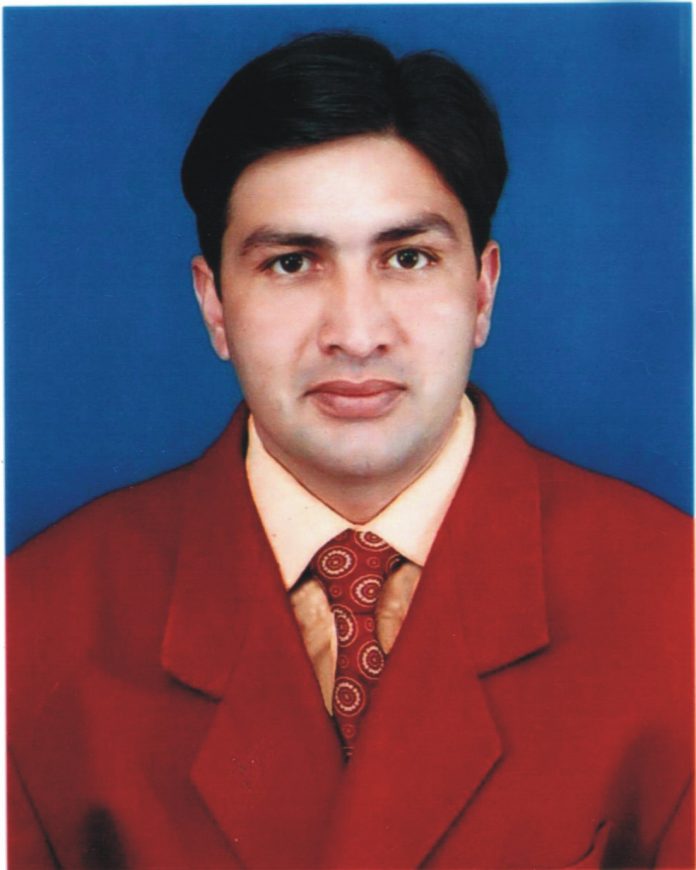 Najeem Shah
Abbottabad, a popular city in the Hazara division is actually named after a British spy, Sir James Abbott. He was born in Britain in 1807 and was a famous soldier. James entered the Hazara Division as a spy and was later promoted to Deputy Commissioner of Hazara District in recognition of his superior services. Abbott was educated at a school in Eliot Place, Blackheath and at the East India Company Military Seminary in Addiscombe, Surrey. After completing his education, James was commissioned in the Bangal Artillery. He reached India at the end of 1823 and joined the siege of Bharatpur in December 1825 under the leadership of Lord Cumbier and took part in a war for the first time. From 1835 to 1836 he was stationed at Agra to survey the finances. In 1838, he joined the Sindh Army and marched on Kandahar under the leadership of Sir J. Kane. From there he was sent to Herat as a deputy to Major DRK Nad. In December 1939, James was sent to Khiva to help rescue Russian soldiers held captive by the Khan of the state. James left for Russia to help exchange prisoners. When he reached the shore to go to the Caspian, his small contingent was attacked by a brigade of the Cossack tribe. The assailants suspected that the man was a Russian national, beat James Abbott badly and confiscated his belongings. A sharp sword severely wounded one finger of his right hand and half a finger of his other hand. He remained in the custody of the Kasaks for eighteen days, after which the Kasaks were bribed to release him. After his release, James Abbott was taken to the Russian castle Miro Alexander Foxy, where a doctor treated his wound and cut off his affected finger. Crossing the Caspian, he reached Moscow and St. Petersburg, where talks about a prisoner exchange were positive. When he returned to Britain in 1840, Foreign Secretary Lord Palmerston sent a message of thanks and he was given a pension due to his injuries. He returned to India in 1841, where after serving in Marwara and Indore, he was attached to the Lahore Residency in 1846. Since Hazara was under the influence of Lahore, he was sent to demarcate the border between Punjab and Kashmir, Where he was busy completing his work until 1847. From here he returned to Lahore and then in 1848 entered in Hazara as a spy. James Abbott was given his favorite job, espionage. He soon succeeded in captivating the people of Hazara with his liveliness, passionate nature, warmth and generosity. The author of “The Gazetteer of Hazara” in his book did not call James Abbott a regular spy but the deeds described by him prove that he was a spy and in fact he was on a spy mission. Prior to James, Nicholson spent a long time spying in Hazara villages and forests. In Punjab he was called “Lion of Punjab” and in Hazara he showed the essence of greatness that people started worshiping him regularly. It is said that a sect was born in Hazara which was called “Nicholsoni sect”. The people of this sect worshiped Nicholson as their guru. He was a grim-faced man, with a long, pointed beard. When this man had done secret work in Hazara and Punjab, then he disguised himself as an elder and appeared with his real face. He was now a young man in his original form. In return for his services, the British made him first the Deputy Commissioner of Bannu and later the Deputy Commissioner of Peshawar. James Abbott started his mission during the Sikh rule when Sikhs were ruling in Hazara. He also appeared in the beginning in the guise of elders and sometimes in the form of Mastana he worked day and night to fulfill his mission. He took various forms in establishing his influence in other areas of Hazara including Abbottabad, Mansehra, Haripur etc. Sometimes he would appear as a beggar and sometimes as a mastana. He was very popular with children and the elderly. He became known as “Abbott Kaka” among children and “Kishan Kaka” among the elderly peoples.  He had a long artificial beard. English was his own language but he could also speak Hindko, Punjabi, Pashto, Urdu and Hindi. The people of Hazara district respected James as an elder.

Dressed as Afghans, James’s pockets were often full of sweets. He would go to different villages and collect the children and distribute sweets among them. It is said that when the competition between the Sikhs and the Mashwanis began, James Abbott told the Mashwanis that nature had sent me to help you and if you wanted I could stay among you and help you. The locals considered him sympathetic and said yes to him. When he got the news that the army coming from Jammu under the leadership of Diwan Karam Chand had been defeated in the areas of Dhond and Karlal, he went to Mansehra for inspection. He also visited the fort of Mansehra. During his visit to Mansehra Tehsil, James met Venus Agnew at Garhi Habibullah and discussed the areas of Dhond and Karlal. The people of Hazara district wanted to get rid of the Sikhs somehow, but perhaps they did not know what was the real motive behind James Abbott’s sympathy with them.  James’s main mission was to drive out the Sikhs and pave the way for the British government. In the opinion of Sir Henry Lawrence, he was a true knight-like campaigner, a girl-like noble-minded, promise-keeping and passionate man who was ready to make any sacrifice for the sake of his friends and country.

It is said that James Abbott had gained so much influence among the people here that he could persuade them of everything, even though this was the area where the Sikhs could never control. In just a short span of one year, James Abbott had captivated the people here. When the British government was established in Hazara, James Abbott was appointed the first deputy commissioner in district Hazara. In the area where James Abbott spent his days in disguise, he established a town now known as Abbottabad. Sir Olaf Caroe, who was also the Governor of NWFP (now Khyber Pakhtunkhwa) during the British rule, in his book “The Pathan” exposes the fact that “the predecessors who came from our country Planned to work in this area a hundred years ago. Predecessors who came during the Sikh rule and before Colin Campbell estimated that work here was not just a matter of the army alone.” This proves that the British had long ago sent their spies in the guise of tourists, pilgrims and beggars to the border areas to get acquainted with the ups and downs of the area. James Abbott was one such spy who was later promoted to Deputy Commissioner Hazara. The period of his appointment as Deputy Commissioner is from 1849 to 1853. Later, in 1894, he was appointed to another key position in the British government. James Abbott died on 6 October 1896 at the age of 89 in the Isle of Wight (England) and was buried in Guildfold.

The US withdrawal from Afganistan and its impact on region