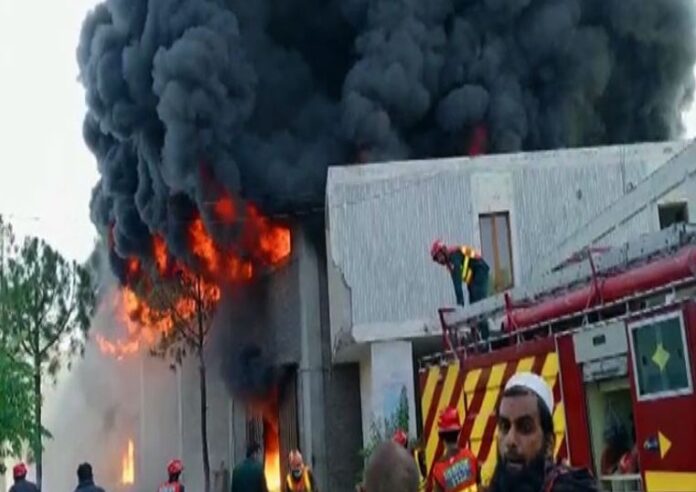 KARACHI:    Fire erupted at a flat in Sarjani area here on the night between Sunday and Monday and 4 persons are stated to have received burn injuries.

As per media reports a flat caught fire owing to circuit and 4 persons including a child and a woman were critically injured.
The injured persons are said to have extinguished the fire on self help basis.