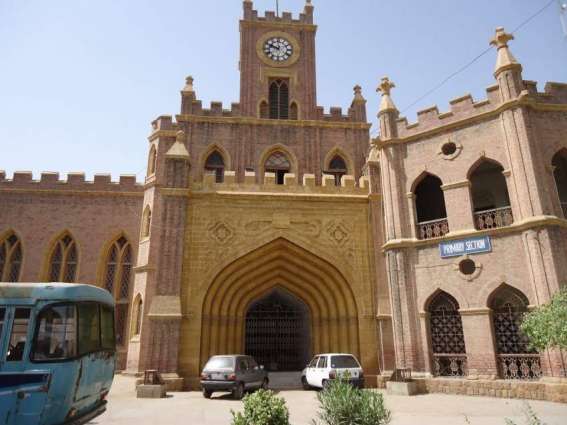 Aftab Ahmed Rahu-Kazi Ahmed
Ali Nawaz Alias Ali Muhammad Rahu, son of Muhammad Usman Rahu a famous writer, was born on August 14, 1931 (28-Rabi-ul-awl, 1350) in countryside near Nawabshah, village Muhammad Usman Rahu Daulat Pur. His Nick name was also “Bhai Jan” called as by His village people. From 1937 to 1941, He was taught the Holy Quran and some other Persian teachings by Hafiz Muhammad Umar Otho in His village Madrasa. In first four classes, He learnt Sindhi at village school by Qadir Bux Bhutto, after that at the end of 1941 He went to Daulat pur to learn English. He was the first person in his village who left his home to
learn English, in Daulat pur he was taught by Lela Ram in Sindhi and English by Allah Dino Gadaro. By continuing his education He got admission at Nawabshah Local Board High School in 1945, at that time famous personality in field of education H.M Khoja was the principal of the school. There were worth praising teachers at that time like Moulvi Ali Muhammad Jamali, Ghullam Mustafa Qazi, and Mr. Bhatia. In 1948, He completed matriculation from the University Of Sindh, then in 1949 He left for Karachi and
took admission at N.E.D Engineering College Karachi, where he did diploma Professor Kewal Ramani, Mr. A.T Khan, Zaheer-u-Din Pathan, Baloch Sahib, Abbas Shaikh and professor Bhopatkar were included in his teachers during diploma. Further author learnt Persian language from Ghullam Mustafa Qazi in Nawabshah. He also ascertained Arabic from classic teachers like Muhammad Amin (Egypt) and Muhammad Yousif Attiya, and did three years course of &#39;Arabic by Radio&#39; in Karachi. Besides, he had a deep interest in getting knowledge. Books of Arabic, Persian, English, Urdu and Sindhi language were
available in his library. He followed the speeches of Masjid-e-Imam Moulvi Muhammad Hashim, which inspired him. He was inspired by Moulana Abw-ul-Kalam Azad in Urdu literature and he has almost all books and work of Moulana Azad. He has translated many essays and novels of Moulana Azad in Sindhi i.e. Sarmad Shaheed (1973), Aasar-al-kalam (1974), Humanity at the verge of death (1975) and Mazaminul Hilal (1976). As far as his academic work is concerned, he started writing in 1971. In the beginning, he wrote articles in Halal-e-Pakistan Sindhi newspaper, published in Karachi. Apart from writing biography of the Imam Zain-ul-Aabedin (1973), Madina to Karbala (1974), his most prominent
work was the first time translation of Nahj-ul-Balagaha (volume-I) in Sindhi language in (1975), at that time; his remarkable work received highest attention and was awarded with Rs.2000 from the department of Sindhiology, University of Sindh Jamshoro. He wrote &amp; published few other books Like Seerat-ul-Nabi (1976), Taqleed-W-Ijtihad (1998), Aqwal-e-Ali in Five Languages (2000) in Sindhi, Urdu, English, Arabic &amp; Persian language, Shah Abdul Latif Bhittai Chair University of Karachi published Sur
Kedaro Translation and Explanation by him in Kalachi Research Journal in March 2002 and Nahj-ul- Balagha Volume-II (2003), etc. and wrote few books which couldn’t publish. Interesting about author his Four Books published in his own writing and when He was writing Nahjul Balagha on every word and Line He felt lot of tears in Eyes. He also Taught Distance learning Course “How to Understand Holy Quran” free of Cost. When the writers of District Nawab Shah wrote History books they don’t forget to write about Ali Muhammad Rahu work in their books like in Panhwaran Pachar Book by Dr. Abdul Rasool
Qadri, Tareekh-e-Zila Nawab Shah by Dr. Muhammad Laique Zardari, Saneh Ja Seengar by Khadim Hussain Chandio, Kanna Manjh Qarar by Zahid Hussain Soomro (Daulatpur) has mentioned His Name. Some famous personalities of Pakistan &amp; Sindh province were included in his prominent friends. His forefathers have been landlords so He was also Landlord &amp; was utilizing fore fathers personal land for income. He was also Govt Servant and He has also served as an assistant executive engineer at Karachi
Port Trust (Manora). During job KPT also appreciated his Islamic Literature compilation in Sindhi language by mentioning in KPT news Bulletin. He died on 23 April 2019 in America and buried there. May Almighty Allah Rest His Soul in eternal peace and grant him highest place in Jannah. (Aameen)

Abraham Accord: The Winner and The Loser