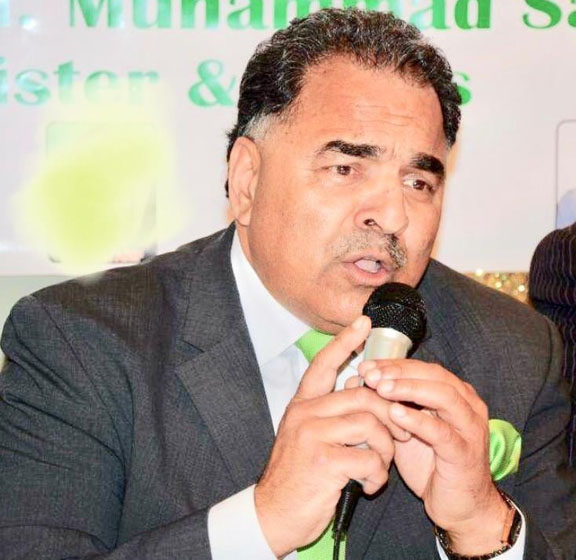 MIRPUR, (Parliament Times): Brisk preparations are afoot by Jammu & Kashmir people living at both sides of LOC (line of control) and rest of the world to observe August 05 as “Youm e Istehsal” as a mark of extreme protest on the eve of first anniversary of the Indian sinister act of revoking special status of the internationally-acknowledged disputed Jammu Kashmir State through the abrogation of Article 370 and 35-A of the Indian constitution this day last year.

“Like across Pakistan and Azad Jammu Kashmir the day will also be marked with protest processions and rallies to be held the world over including United States, European countries including United Kingdom to register extreme indignation the Indian nefarious action of abrogation of the special status of disputed J&K State besides to express complete solidarity with the people of occupied Kashmir and to condemn to Indian government’s illegal action to change the special status of the Indian Illegally occupied Jammu and Kashmir (IIOJK)”, said Raja Sikander Khan, Chairman Global Pakistan Kashmir Supeme Council (GPKSC).

Addressing quarterly meeting of the GPKSC at its head quarter in London on Thursday speakers including the Chairman of the organization Raja Sikander Khan, President Kaala Khan and other senior executive members of the organization appealed to the masses including millions of Kashamiri expatriates settled in various parts of the world including those living in the UK to highlight the Indian atrocities and human rights violations in IOK through social and print media.

Raja Sikander Khan said that a major demonstration against the Indian sinister acts the world-acknowledged disputed Jammu Kashmir state, will be staged by Kashmiris in front of the Indian High Commission in London on August 05 to apprise external peace and freedom-loving nations of the world the negative repercussions of the Indian nefarious unilateral action of August 05 last year stabbing the special status of the disputed Jammu Kashmir state in Indian Illegally Occupied Jammu & Kashmir State, the message said.

Hundredss of the leaders of all Pakistani and Kashmir political, religious and people belonging to all walks of life settled in UK and other European countries will participate in the protest procession to apprise the external world of the true black face of India involved in abusing the humanity, human values beings in the Indian Illegally occupied Jammu Kashmir state, Raja Sikander Khan said. The GPKSC along with other political, social and human bodies leaders will handover a protest memorandum to the UN observers mission in United Kindon to draw the attention of the world body to fulfill its global obligations for getting retrieved the special status of maintaining the special status of the Jammu & Kashmir status under the spirit of the UN resolutions in the world-recognized disputed Himalayan state – besides towards flagrant human rights violations and systematic massacre of innocent Kashmiris by the Indian occupational forces in the held state, the organization’s Supremo concludes.

Seasonal impounding of Mangla Dam in swift progress reaching close to its climax;

Due to slackness of highways, most of the roads in Tharparkar...

Parliament Times - August 7, 2020 0
By GR Junejo Mithi: Owing to slackness of highway department, most of the roads in Tharparkar district are blocked, as the sand has covered them...

Senate Committee on Poverty Alleviation consider the case of 2700 officers...

We gain independence but our education system doesn’t