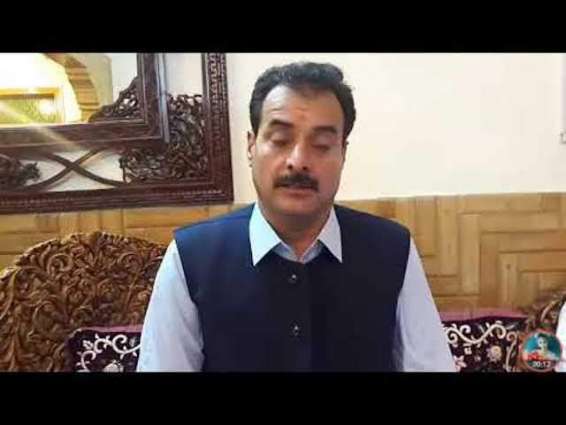 New Murree: (Raja Furqan Ahmed) A video of ruling party Pakistan Tehreek-e-Insaf (PTI) MNA Sadaqat Abbasi circulating on social media, wherein it can be seen that MNA arrived at an inauguration site while not knowing anything about what he was inaugurating. In the video, the locals were welcoming the PTI leader at the inauguration site. Later he asked from a local about the project he was inaugurating.
Sadaqat Abbasi had contested elections from NA 57 on PTI ticket in last 2018 General Elections. He defeated Pakistan Muslim League Nawaz senior leader and former prime minister Shahid Khaqan Abbasi, getting 136,249 votes.

Shifting of electricity wires crossing close or over the houses in process; IESCO Chief

Kashmiris at both sides of LoC observe Youm-e-Istehsal with renewed pledge...

Shifting of electricity wires crossing close or over the houses in...

Aug 5 beginning of fall of India, its imperialism: AJK president