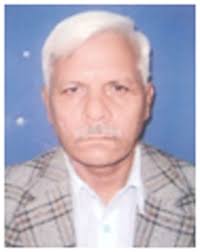 r
Malik M Aslam Awan
In 1960 Indus Water treaty was signed between India and Pakistan. Indus Water treaty accorded Pakistan the right on Jehlam, Chenab and Indus River and Ravi Bias, Satluj rivers were within the access of India. Sindh water treaty was arrived at between Ayoob Khan and Pandet Nehru. It was agreed between the two parties that once in a year there would be a meeting between both the signatories.
According to experts the total cultivable area of Pakistan is 35 million acres. River Jehlam and River Chenab irrigate almost 13 million acres of adjoining areas. Kashmir is the Single line to save Pakistan economically and strategically. It is noteworthy that despite being two wars of 1965 and 1971, the water treaty was not violated by India but now India has started the construction of Dams on River Neelam and River Chenab. In a meeting held in Dehli, India has refused to give Pakistan right to inspect the sites of construction of Dams. Pakistan has warned India that Pakistan reserves the right to mov  International forums. According to International law to stop the water of a country has been declared as
an act of war. RSS leaders and other parties have on many occasions pressed the Indian Government to cancel the Indus water treaty unilaterally and close water gates on Pakistan. This act of India may bring both the countries closer to war on water. Pakistan, having the agriculture based economy, with 35 million acres as cultivable land, enjoys the privilege of having four favourable seasons suited to different rops and fruits. God Almighty had blessed the country with terrain suitable for all kinds of crops, paddy, wheat, sugarcane, Maize and all kinds of fruits and to cater to these all crops the water is essential and is just like blood running in human body, without blood even smallest creature cannot survive to breath on earth. Ayoob Khan had the righteous sense to realize that a viable treaty regarding the distribution of water be concluded with India and after due deliberation between both the countries Indus water treaty came into effect with mutual consent of India and Pakistan. Ravi River has been totally ceased to flow water to Pakistan. According to reliable sources several dams have been constructed on Ravi River. India
is deliberately and consciously endeavoring to make Pakistan a barren land, to weaken its economy and strategic power. Water terrorism is more dangerous than all kinds of terrorism, so far illustrated manifested, defined and practiced in human history. Indian War Lords have strongly felt that the strategic war with Pakistan may be more dangerous entailing awesome results and wholesale cataclysm for India. Sharp Indian manipulators have discarded the idea of arsenal war with Pakistan and adopted the second option, strategy to let the least drop of water flow to Pakistan. Indus water treaty is now
being violated by India. Analysts are of the unanimous opinion that India like 1965 and 1971 is not in position to wage a war against Pakistan and there are minus chances of nuclear war between the two
countries. Only some heavy or light skirmishes may happen to occur but cannot ramify to be a big war.
Indian economy is, also, no more growing to be the biggest economy of the South Asia. In Gilwan Indian Army is facing ignominy and utter defeat at the hands of Chinese Army. India claims that Ladakh and Gilgit Baltistan is its integral part and its defeat at the hands of Chinese Army has taught it a lesson to be remembered for centuries..  (-The writer is a freelance columnist and independent analyst based in Lahore.)

In memory of Sardar Shahnawaz Khan

In memory of Sardar Shahnawaz Khan

After 42 years Sanctions, Imposed Wars and Assassinations Islamic Republic of...