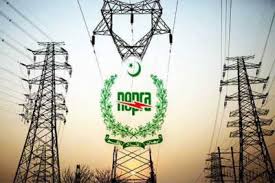 Islamabad:      Government is all set to drop electricity bomb shell on the people to meet the hidden benchmark of IMF.

The government has decided to withdraw all subsidies on electricity, scale up power tariff by 14 percent besides limiting concessional electricity rate to five categories.

According to media report, this is a vital decision to ensure revival of stalled IMF program which has been taken without conducting social and economic survey.
Prime Minister (PM) Imran Khan has already directed to finalize the mechanism with regard to subsidies. However government can face legal bottlenecks if NEPRA act is not amended.

Finance ministry said government is on the way to give final shape to new subsidy mechanism.

The report said that the subsidy being given upto 300 units will be curtailed to 50 units.

It has been decided subsidy will be afforded to agriculture land, AJK and former Fata areas under Ehsas program.

This process will require federal cabinet approval and legislation which has not been enacted so far.

Another major change in the mechanism of electricity tariff is under consideration to move away from minimum determined tariff to 10 power distribution companies. This will shift a remarkable burden to Punjab consumers due to escalation in power theft cases and line losses in other 3 provinces.