Status of women in society-I 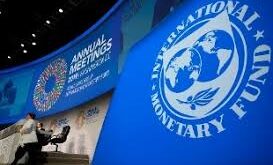 Women were a big portion of population around the globe and they have been deprived of economies and social development. As a weaker or second sex, the women had been kept away from the main stream objectives in societies. In Pakistan women excess to property’ education and employment. Remained lower then men because in Pakistani society predominantly patriarchal and here women participation in societies was low in percentage. Women’s have been communicating their requirements, needs wants, distresses delights love and abhor for a considerable length of time through the oral convention of narrating , singing and children’s songs, anyway methodical investigations of women in relation to the world go back to the 18 century enlightenment era. Despite improvement in Pakistan literacy rate educational status of Pakistani women was the lowest in the world. The literacy rate of urban women are five time higher then that of rural women. The rising changes are the ladies contemplates considered the way that portrays the status in a similar way in Pakistan and its being spoken to by the entire world. The biggest approach of women in development approach is the way that endorse the women studies and even the literature requires for the education of gaps between social outcomes in both sex. The roles or responsibilities required at women and men perspective is being presented by the by the material diversification in Pakistan The women in development approach was the best has been developed in the shape that is best studied for the different facts of subjects matter.The social obligation of women is completely not quite the same as the social duties of men wherein the expansion is going on and it will go at scholastic worldview. As women studies developed within an interaction theory and practice, there is unique and special emphasis in the discipline on the relation between action and reflection it is generally held that activity offers ascend to hypothesis which aides and cutoff points further activity. In Pakistan universities were largely mainstays of ideologies that legitimized thirty years of military rules and a number of feminist academies established on institute of women’s studies Lahore (IWSL) established in 1986. At institute of women studies Lahore they offer diploma and certificate program and engage in research and advocacy that is firmly connected with the women’s movement and address the lived experience of patriarchy in south Asian context.
. Institute of women’s studies Lahore relies on a core staff and the number of visiting faculties for its resident course offering not with standing in recent years, women studies course are now being taught in universities in Pakistan and a masters programs on women studies started in Karachi universities institute of gender studies has been stated at shah Abdul latif university The japan international corporation agency had been working since the precipitation included in the Pakistan about the gender studies. Historically the 1999 observed the way in which country WID profile was the biggest platform to think about this mindset. After the policies formation for the gender in Pakistan the subject matters goes manners as decided. the policy implementation in Pakistan is the way that show which policy was highly beneficial in rising the status of gender of else. The society of the thinking perspective in which the whole generation always showed that the probability of gap that has been existed over there, show that the country is required the proper functionally is lowering the gap between the policy formulation and implementation the society is changing and this paradigm shift endorsed the changes during the development of individuals among literature. &quot;The topic was in predictable in change explicitly from 1999 to 2007.This is the principle wherein strategy condition was penetrating at foundation of gender studies.The social culture context is the other mindset that was developed in the same manner so that gender equality could monitor. the customary practice are also monitored during the change from one level of studies to another level. In the end one can say that status of gender studies in Pakistan that was initiated with the boasted behavior is still continuing with the same place now women were being recognized as the agent of change in the world arena. They entered and exceeded expectations in the field of training, financial improvement legislative issues and organization she included the subject sexual orientation examines and related speculations advanced in the west and are by and large being comprehended from those points of view.The subject is being taught in Pakistani universities on the same pattern and with almost the same context as the Europe and other countries. On the same pattern and with almost the same content as the Europe and other countries.&quot;While realizing different viewpoints is significant nonattendance of substance in indigenous setting and by indigenous scholars make the entire exercise less applicable to the general public. Pakistani society has number of the subjects its on peculiarities and there is need to develop indigenous material on the subject in the logical socio cultural condition keeping in view the requirements aspirations nature and behaviors of people of Pakistan as well as the beliefs and value system of society