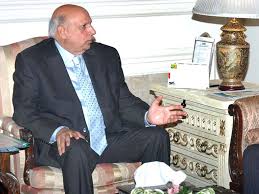 While the Governor of Punjab Chaudhry Muhammad Sarwar talking about this said that Quran is the source of real guidance for us. Only by following the teachings of the Qur’an can the world and the hereafter be improved. The Holy Qur’an is the complete code of life revealed to our Prophet (PBUH) to guide the world. We will teach the Holy Quran with meaning to the students in all the universities of Punjab so that they can take guidance from it and become a good person. He said that we have formed a 7-member committee headed by Punjab University Vice Chancellor Prof. Dr. Niaz Akhtar. Who finalized all the issues after full consultation with the Vice Chancellors of all the universities, after which, thank God, has also issued a formal notification today. I would like to thank all the Vice Chancellors of Punjab University including Prof. Dr. Niaz Akhtar, Vice Chancellor of GC University Prof. Asghar Zaidi, Vice Chancellor of King Edward Medical University Prof. Khalid Masood Gondal who has been with me in this noble cause.

An exhibition of books authored by Prof Zulfikar Ali Bhatti gets...

Parliament Times - March 3, 2021 0
By Our Correspondent Hyderabad: A two-day exhibition of books written by acclaimed writer and educationist Prof. Zulfikar Ali Bhatti got underway at the Central Library...