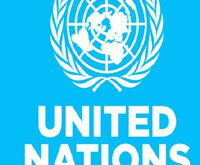 ISLAMABAD : Pakistan is well prepared to combat an impending attack of crop-eating locust from breeding grounds in southern Iran.
According to media reports while talking to United Nations correspondents in New York via video-link from Rome, a senior locust forecasting officer of the Food and Agriculture Organization, Keith Cressman, called the current desert locust outbreak as the worst in decades for countries such as Kenya, Ethiopia, Somalia, Iran, Pakistan and India.
He said the Food and Agriculture Organization (FAO) is doing all it can to help these countries control this menace that threatens their food security.
Responding to a question specifically about the operations in Pakistan, Keith Cressman said that Prime Minister Imran Khan had already declared a national emergency to meet the challenge and the government has been very actively working to get ready for action.
The UN Food and Agriculture Organization officer said the government has been training all their personnel, recruiting additional hands, procuring stocks of pesticides, vehicles and aircraft.
He said unlike Kenya, Pakistan also has experience of dealing with locust swarms in the past and they have systems in place.

Share
Previous CPEC is flagship project of Belt and Road Initiative: FO
Next PIA announces to operate another flight to bring Pakistanis back from US