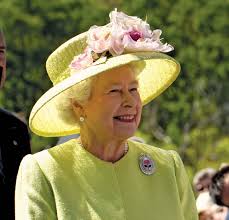 Islamabad:    COVID-19 has slowly tightened its grip on the UK in current times and as a result of that, the Queen and her husband Prince Philip have retreated into self-isolation for protection.
During these troubling times, a number of news reports have begun to flood which claim that Queen Elizabeth’s personal staff has made a personal sacrifice during their quarantine, and are not allowed to visit their families or partners during COVID-19.
A source revealed the news to The Sun, stating, “The most important thing is to protect the Queen and the Duke of Edinburgh from the virus.” The insider went on to suggest that the reason why many staff members are unable to visit their family members is to keep the Queen and Prince Philip safe.
“They won’t be seeing their families because no risks can be taken and they can’t go in and out. If something happened to them it doesn’t bear thinking about.”
The Queen herself is also following a number of strict guidelines to make sure she remains safe during times of ongoing crisis.

Parliament Times - December 1, 2020 0
Try to establish a routine that factors in age-appropriate education programmes that can be followed online, on the television or through the radio. Also,...

Not resources but politics decides future of the country

Impact of Smog on Covid19 Spread

Parents as the Child Psychologists

Our education system needs to be transformed