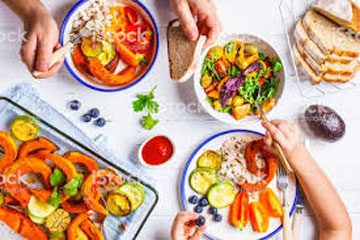 It has become extremely plausible that after the promulgation of Presidential Ordinance, for setting up exemplary punishment for profiteers and hoarders may prove to a ray of hope before Ramadan during the ongoing emergency. People are suffering from an extreme economic crisis. It is anticipated that the presidential ordinance shall be nodded before Ramadan to cater to the profiteers and hoarders. Although, the proposed punishment penned in an ordinance for profiteering and hoarding will the same i.e., three years of imprisonment as mentioned in the “Price Control and Prevention of Profiteering and Hoarding Act 1977. However, the new proposed ordinance shall elucidate the procedure of arrest supplemented with the confiscation of the hoarded items. Prime Minister Khan has warned the hoarders and profiteers several times over the past years saying, “I’ll make an example out of you.” He also said that due to profiteers and hoarders the poor are left out of buying several necessities of life. “Those who intend to make money from the privation of the poor, the state will take stringent action against them,” he further added. Furthermore, he announced that those who shall inform about these hoarders to relevant authorities will get 10% out the price of items hoarded. Meanwhile, the relevant piece of legislation awaits implementation. Unfortunately, what Prime Minister has missed to incorporate in the proposed ordinance, is adulterated food in markets. If we look into the repercussions of adulterated food, we may find diarrhea, heart issues, peptic ulcer, liver failure, food poisoning, kidney issues, eyesight weakening, cancer, typhoid, etc., are somewhat caused by adulterated food. According to the Section 7 of Adulteration Offences (Special Courts), Act 2003, the penalty for adulteration of food or drink is imprisonment up to twenty-five years and fine up to one million rupees provided that fine shall not be less than three lac rupees for a manufacturer. Regrettably, the federal government has failed to indict offenders under the aforementioned act. Similarly, section 272 of the Pakistan Penal Code, also envisages up to six months of imprisonment coupled with fine. In addition, provincial governments have their respective statutory legislation and departments for maintaining food hygiene. Surprisingly, the performances of these departments are close to satisfactory. However, due to the lack of proper awareness people do not lodge complaints against unhygienic food. For instance, Punjab Food Authority (PFA) only received approximately eighty-five hundred complaints till October 16, 2019. Provincial governments have made several attempts of sealing the adulterated food points but gone in vain. Apparently, even after these points are sealed, they manage to carry out their business again with the same adulterated food. To conclude, it is suggested that Prime Minister Imran Khan takes notice of adulterated food as he took the notice of profiteers and hoarders with iron hands. This issue requires the immediate attention of federal as well as provincial governments before Ramadan and even after. The way proposed presidential ordinance is going to be beneficial for price controlling and preventing profiteering with stricter punishments, the same are anticipated by the public for adulterated food. The punishment under provincial legislation for adulterated food is not proportionate to their act food adulteration. More stringent punishment must be enforced with local announcements of those food points involved in manufacturing, distributing, selling, etc. adulterated food. There must be initiations of awareness campaigns for common people to come forward and complain about this sort of food item. Similarly, a reward may be incorporated for someone who discloses such food points that are involved in this inhuman act.

Does Amit Shah Need a History Lesson on Kashmir?

Letters to the Editor

PDM decides to hold public meeting in Multan on Nov 30...