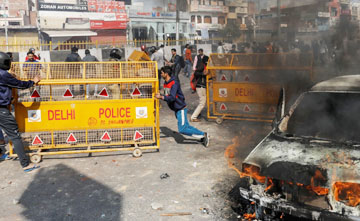 The unfolding coronavirus crisis has dramatically changed daily lives around the world , shuttering businesses in the country and canceling big events for the foreseeable future . However, the world is finding it difficult to find a cure for the virus which has almost claimed millions of lives globally . That’s why the health experts and scientists Crucial role is maintained to conduct experimental evidence and save humanity from this abysmal threat. This fatal virus is causing an unprecedented global shock and appears to be more active. Most surprisingly Europe has became the epicentre of the global crisis, and is in eye of the storm of the COVID-19 pandemic, with a number of cases nearing million , and should move with extreme caution when considering easing lockdowns as the storm clouds of this pandemic hang heavily over the European countries . Additionally the world is facing the worst crisis and poverty, with their poor families complaining about financal fallout and widespread loss of income are the key events people are the cause of catastrophe. In many ways it really makes me sure about the concept of God and religion based on fair humanity. According to the traditional concept of being, the world was treated with peace according to what God has been pleased or displeased. The new world’s recession widely express that the human capacity for guilt was such that people would be the cause of catastrophe and blame themselves as compared to today’s situation of the world. Although the global health emergency could also lead to deep troublesome economic complaints. The world economy already sluggish before tht coronavirus pandemic, and is now bound to suffer a severe recession in 2020. The IMF chief warned and said the current posed “daunting challenges” for policymakers in many emerging markets and developing economies . Morever, coronavirus poses an additional challenge and requires human’s ability. As humans are a curious species , they wonder and seek answers. The social roles are governed by human interaction and human visual behaviour has significant potential for activity recognition and computational behaviour analysis . Traditionally scientific inquiry was a new endeavor. But in the modern globe , science is one of the most important channel of knowledge , it also response to societal needs and global challenges. Modi’s government is exploiting the coronavirus outbreak to flame tensions between Hindus and Muslims . Ultimately, during the strict lockdown in India Kashmir stay indoors to avoid COVID-19 and the recent terror targets to Muslims killed several young Kashmiris and snatching the minority rights.