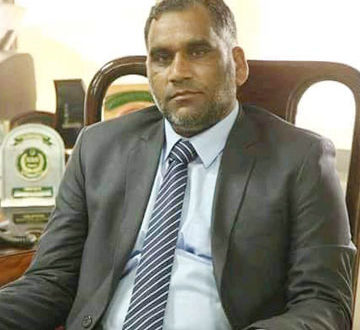 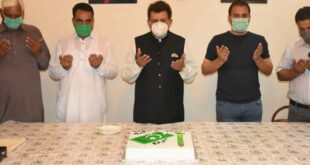 With 2 New Arrivals, Number  Of Infected Persons Bearing Positive Test in the State Surge to 16

MIRPUR, (Parliament Times): April 6: As many as 58 new suspects of corona virus were registered in Azad Jammu Kashmir during last 24 hours and all of them were got tested, the State Health Authorities said ion Monday.

Since two new suspects were tested positive during last 24 hours, the number of COVID-19 infected bearing positive tests in AJK has increased to 16, AJK health authorities said in an official statement released to the media late Monday.

Both of the new suspects tested positive belong to Mirpur (AJK) including Qaiser Ali Khan, a recent UK returnee belonging to adjoining Kakra Town and Shabeena BI BI, a resident of local housing sector E-4, Commissioner Mirpur Division Muhammad Raqeeb Chaudhry told this Correspondent here Monday night. All of the 58 new suspects were tested on Monday of whom two were detected positive. One of the affectees included a local lady of Mirpur – while the other had traveled from the United Kingdom recently. At least 112 more patients were discharged from various quarantine centers in AJK on Monday after they were tested negative of COVID-19, AJK health authorities said. Updating the overall current COVID-19 so far situation in AJK, the Health Authorities continued that a total of 484 suspected cases were sent for test of whom the result of 395 have reached. A total 16 suspects were so far tested positive across AJK. These included 6 patients admitted in Isolation Center in New City Teaching hospital, Mirpur, 6 in DHQ Hospital Bhimbher, and one each admitted in CMH Rawalakot and DHQ Hospital Kotli and one in Palandri DHQ hospital.

One of the patient tested positive on March 17 identified as Liaqat Hussain resident of Palanadri, the first Corona virus hit person in AJK, was discharged from New Mirpur city Teaching Hospital on Saturday after he was completely recovered following treatment. Results of 89 cases are awaited which are scheduled to reach in a day or two next.

In case of the positive tests, all concerned are shifted to the isolation center for due Medicare, the state health authorities statement said .

Share
Previous RIVERS FLOWS AND RESERVOIRS LEVEL REPORT
Next World Health Day to be observed across the globe Tuesday – April 7: 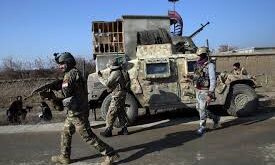