March 30, 2020 Opinion Comments Off on Biological Warfare and the Endangered Globalized World 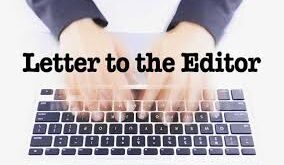 Since November, 2019 the world is blasted with the news of death toll and increasing infected tallies due to COVID-19 pandemic. Starting its fleet from the city of Wuhan China the pandemic took thousands of lives and infected more than half million across the globe. No matter China the technologically advanced and economically sustained country was cursed in the United States, Europe and Asia for giving birth to this virus. On several occasions top ranked U.S leaders including Donald Trump called the virus “Chinese Virus” which prompted anger in different ethnic segments living in the U.S as well as in the rest of the world. On the other hand Chinese officials that kept silence for a long time could not hesitate to hold Washington responsible for the spread of this virus. This counter and encounter between the two giant economic and military powers sounded possible plot of bioweapons mucking of one another endangered the entire globalized world. The speculations couldn’t be rejected or accepted at all, because the nuclear innovations and the introduction of bioweapons have shuffled things faraway than the use of traditional warfare strategies. SARS (Severe Acute Respiratory Syndrome) or SARS-COV that emerged in 2002 from Guangdong province of southern China affected 8,098 and took lives of 774 in33 countries on five continents. This was uncertainly believed that bats or cats were the source SARS virus that later on spread to humans. It is pertinent to mention that previous SARS-COV and COVID-19 have same natures of attacking the respiratory system, although the later one has more severe impacts than the farmer one. More interestingly both the viruses emerged in the month of November. Although the SARS-COV brought into control in July 2003, after a few months the virus reappeared once again in 2004 from a medical testing laboratory in China, Singapore and Taiwan, however as a result experimentation and efforts the epidemic was completely controlled.Similarly In the spring of 2009, a novel influenza A (H1N1) virus emerged. It was detected first in the United States and spread quickly across the United States and reached to almost 35 countries. This virus was designated as influenza A (H1N1) pdm09 virus and took lives of 151,700-575,400 in the affected countries. In 2014 a new virus called Ebola virus caused an epidemic in the WestAfrica that took 11,325 lives in different African countries. The first case to be reported was in Guinea in December 2013, and then the disease quickly spread to Liberia and Sierra Leone and other countries e.g. Nigeria, Mali and Senegal as well as in the U.S and some other parts of Europe.It is attention demanding matter that all the viruses spread out in the almost the similar month i.e. November, that affirms the speculations that all the viruses are laboratory made or human designed viruses that brought pandemics in the world. Nonetheless the viruses are laboratory made or natural carving human race everywhere .Nowadays we are living in globalized world, if something happens in one corner that spreads more quickly as compared to past and affects more people in intervals. The Kenyan proverb “when elephants fight, it is the grass that suffers” is very fits in the current scenario of power race amongst the powerful elite countries never ends until the general public in the combating and other developing and underdeveloped countries get suffered. No matter if these biological warfare are fought to constrain the businesses or economic supremacy graph of one country or a region could ultimately endanger of human beings in the entire world. As we seeing example of that globalized COVID-19 pandemic started from a city Wuhan in China has been reached to 199 countries and still spreading with a massive wave that took 30,883 lives and 664,103 are on plight battle of survival. The psychic mindsets and leaders of economic war perpetuation should realize the seriousness of the matter that harboring bioterrorism against humanity will engulf them as well as their desire to rule the world, because nowadays the world is connected like a hub that cross passes the signal either of development or destruction in glimpses of eyes that does not discriminate race, color, gender and religion.