In a statement issued here on Sunday Minhas hailed the performance of Secretary Information, Tourism and IT Ms. Madhat Shahzad and said that under her leadership the Department of Information and IT took the best steps to deal with Corona.

Urging people to keep themselves and their families safe he said that Azad Kashmir was largely protected from the disease due to the timely measures taken by the government. He said that Prime Minister Raja Muhammad Farooq Haider Khan has mobilized the entire state administration to fight this disease. The Prime minister he said played the role of a brave leader and raised the morale of people across the state. Minhas also appreciated the performance of the civil officers and personnel of the Pak army and praised their missionary spirit. 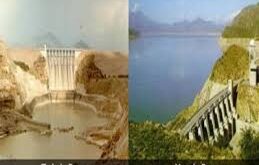 Lahore : The position of the river inflows and outflows at Tarbela, Mangla and Chashma …