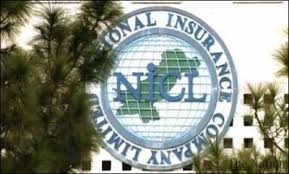 February 28, 2020 Business Comments Off on NICL emerges as one of best performing Govt entities

Islamabad:      (Parliament Times)    National Insurance Company Limited (NICL) after having gone through difficult time in the past has now emerged as one of the top earners/performers as entity of the Government of Pakistan and stands on strong financial footing and one of the highest tax payers contributing the national exchequer.

NICL reported a remarkable Rs. 10 Billion plus record premium collected in the year 2019, supported by profitable business growth and a strong investment performance. This was the first time that a company has achieved a milestone of a two digit premium.

In the year 2019, emerged as the highly profitable for the NICL with extraordinary performance to serve their valued and prestigious clients all over Pakistan.

Management is optimistic that in 2020 will be more prospective and prosperous for NICL, for which road map is already been chalked out BoD and Acting CEO.

It can’t be done without the support of their valuable clients, who support NICL during their tough days, keeping their trust on NICL and their management, and have attained its objective without losing any business/clients, on the contrary new prospective clients has been added to our portfolio.

This is due to current management that NICL is working on paperless organization from 1st January, 2020, and using the PITB E-filing system and becomes the only few entities in Government organization, who adopted the e-filing/digitization envision by the current regime.

During the tenure of the present Board of Directors the long pending, unaudited accounts of NICL have been audited which Includes the year 2015, 2016 and the year 2017 and 2018 is almost finished.