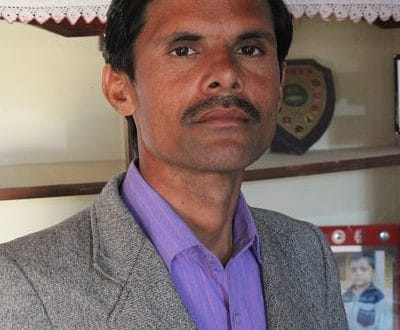 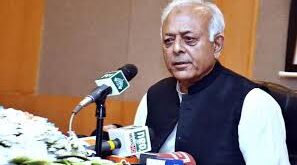 EDHI: A man who ran a state within a state

History testifies that whenever an American president visits any country in the Middle East or Asia, he
has two goals. The first is the political and the second the economic. Trump arrived on Monday for a two
day visit. Trump’s plane landed at the airport around 11:40am in Ahmad Abad India. Moody was already
at the Airport. Moody warmly welcomed Trump and his family. Moody joined hands with Trump and his
wife. Trump was welcomed with traditional music and dance. Trump was taken to the historic Sabarmati
Asharam of Mahatma Gandhi. After a brief stay there, Trump was taken to the newly constructed Sardar
Patel Stadium. Moody and Trump both made speeches there. The Namastay Trump program is
estimated at 100 crore. It has been criticised by congress and opposition parties. This is the first visit of
any US president to Gujrat.
The people of India protested strongly against the visit. The people of Lucknow protested on Friday.
Protesters condemned the visit.
Protesters also condemned Trump’s Middle East policies, especially the Deal of Century. In addition,
residents of the huts on the road show were harassed. Residents of the hut also protested.
This visit is politically important. Indians live in United States in a large number. Only 16% of Indians
voted for trump. The purpose of trump is to increase this percentage. He wants to win the hearts of
Indians. In addition, India’s relations with China has been improving for sometime. China is the traditional
rival of the United States. Trump does not want China-India relations to improve.
India also has very close ties with Iran. The construction and expansion of the Chabahar port is proof of
this. India is major oil buyer in Iran. The United States consider Iran its biggest enemy. He wants to leave
Iran alone. The US apposes relations between India and Iran.
India also has good relations with Russia. 25 major agreements were signed between Russia and India
in 2019. The biggest contract is the missile defense system S-400. According to Indian media, India paid
800 million for the deal. This is a huge blow to the United States. Because the United States considers
Russia its enemy.
India also has an important role in Afghanistan. Now the talks between the United States and the Talban
are taking place. There are talks of US withdrawal from Afghanistan. India’s role in this situation is very
important in Afghanistan.
From economic point of view, this visit is very important to the United States. America is facing a lot of
problems economically. 11 million children in United States suffer from hunger, according to the
democratic candidate Alan Omar. In addition, poverty and unemployment in the United States are
increasing day by day. Defense and trade agreements with anti-US countries are not in the interest of
the United States. Trump wants to stop them.
In his speech, Trump has said that Moody must lead the region for a better future. My question for Trump
is will that person lead the region whose hands are drenched in the blood of innocent muslims?
Moody is a Hitler and Mangol invader of this era.
Undoubtedly the deal of the century is a shameful deal. I strongly condemn the agreement that Trump
and Israel has made. The century deal will be thrown into the trash of history. The day will surely come
when Kashmir and Palestine are free from the clutches of the oppressive beasts.

Share
Previous NTDC signs loan for construction of 220 kV substation, transmission lines at Jhimpir
Next A year after my Rebel Brother

Is Climate Change a looming threat to Contemporary World?