President Erdogan has given a solid message on Kashmir to world: Ch. Sarwar

1 week ago National News Comments Off on President Erdogan has given a solid message on Kashmir to world: Ch. Sarwar 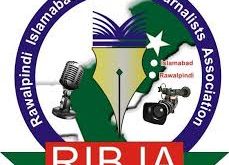 LAHORE: Punjab Governor Chaudhry Mohammad Sarwar has said that Turkish President Recep Tayyip Erdogan has given a solid message on Kashmir issue to the world. Narendra Modi has no other option but to settle down Kashmir issue. Four American senators’ voicing against atrocities on Kashmiris and human rights is also victory of the stance of Kashmiris. Narendra Modi has become a threat to peace. United Nations and other international organizations instead of becoming silent spectator do take practical measures to stop terrorism and extremism of Narendra Modi. Pakistan even today is ready to render any kind of sacrifice for elimination of terrorism and establishment of peace. He expressed these views in a meeting with more than 35 diplomats belonging to 25 countries, who are under-training at Foreign Services Academy Islamabad, here at Governor House. Kashmir issue, war against terrorism, India’s war hysteria, current situation of the region and other issues were discussed in the meeting.

On this occasion, Punjab Governor Chaudhry Mohammad Sarwar quoted Turkish President as saying; Kashmir issue has that much importance for Turkey as it has for Pakistan. It is a clear message to the world that settlement of Kashmir issue is indispensable for establishment of peace, and danger to regional peace is looming high due to India’s war hysteria. Time has now come the global community must adopt a bold stance against Indian terrorism and extremism as well as resolve Kashmir issue as per UN resolution not tomorrow but today. He said that Pakistan under the leadership of Prime Minister Imran Khan is raising voice across the world for the rights of Kashmiris due to which today, American senators through a letter are demanding of their foreign minister to take notice of Indian aggression in occupied Kashmir and worst human rights violations. No doubt, all peace loving people are standing with Kashimiris and against India.

Responding to diplomats’ questions, Punjab Governor Chaudhry Mohammad Sarwar said that Pakistan does not want war with India rather peace is top priority of Pakistan because there is no precedence in the world regarding sacrifices rendered by Pakistan. However, it is necessary for peace that India must lift curfew from occupied Kashmir immediately and settle down Kashmir issue as well as give an end to tyrannies and injustices being meted out to Indian Muslims. He said that Pakistan do has challenges but Pakistani leadership is working with all sincerity and commitment, and practical steps are being taken to rid the country of economic and other problems.